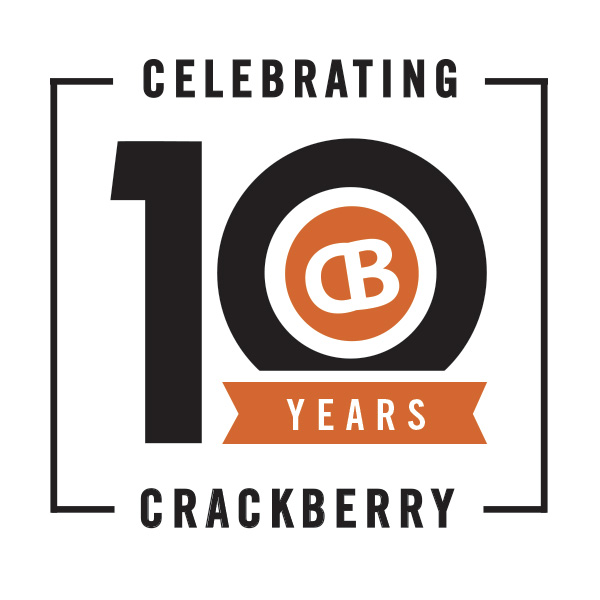 But First, a Little CrackBerry History

In the early days of CrackBerry, Research In Motion was growing like crazy and pumping out new BlackBerry phones at a rapid pace. During this time I made a name for myself by getting my hands on those phones and reviewing the hell out of them before the company ever announced them and any other reviewer or consumer even had a chance to hold them [I don't encourage any budding tech reviewers to follow my example today - that was a different era and being ethical and on the up and up is the only way to go].

Most people will remember the 2010 story of the iPhone 4 found in a bar and then purchased and reviewed by Gizmodo. It pissed Steve Jobs off. A lot. And it's never happened again with an iPhone.

SIX times I got my CrackBerry claws on brand new BlackBerry phones and reviewed them first:

If you're wondering how I attained all those unreleased BlackBerry phones, I can assure you it was never with the help of Research In Motion employees

If you're wondering how I attained all those unreleased BlackBerry phones, well, I can assure you to the best of my knowledge it was never with the help of Research In Motion or their direct employees. The Bold 9000 was a crazy case of quick timing when it appeared on eBay, and I snatched it up within minutes. The next five phones all came from sources who started to reach out to me once they realized CrackBerry Kevin was a little crazy but trustworthy, and they could make a few bucks getting me devices first. I don't know how those individuals got their hands on these devices. Sometimes the phones came from within North America. Sometimes they came from Asia. The average acquisition cost? The price varied, but between $1200 and $2500 was the norm back then.

It was always exciting content for BlackBerry fans, and I think a lot of employees at Research In Motion loved the excitement and hype we generated for their new devices as well. RIM's founders on the other hand, well, I don't think they liked me too much back then. Mike Lazaridis, in particular, hated "leakers." When the opportunity would arise to speak to company officials, I'd remind them that CrackBerry wasn't the ones leaking stuff. Other people at the source were the ones technically leaking info and bringing it to me - we were just the ones posting it (for all I knew at the time it could have been BlackBerry leaking stuff to us via third parties). And if we weren't the ones to post it the leaker would just go to another publication that would be happy to, so RIM should be glad that it was a site like CrackBerry and person like CrackBerry Kevin who would post about the device with proper context and always with a lot of enthusiasm.

Research In Motion went into an era of sending us a lot of takedown notices, and after the stolen iPhone incident they upped their legal threat game

While a logical explanation in my mind, it didn't help the case. Research In Motion went into an era of sending us a lot of takedown notices, and after the stolen iPhone incident they upped their legal threat game. In a future CrackBerry Confession, I could share some of the more scary letters we used to receive from RIM, featuring words like "Industrial Espionage." Fun. It was a different era, and while many people within the company realized we were on the cutting edge of marketing, words like "earned media," "brand communities" and "influencers" were not yet part of their vocabulary yet. The top brass of RIM just didn't yet understand the value we delivered.

For obvious reasons, I started to cool it on the reviewing of unreleased devices for the next couple of years as we probably wouldn't be able to win in fighting a then-angry Research In Motion legal team. That's not to say everybody at RIM was angry - during that time we built a strong working relationship with the PR and product marketing teams at RIM. We still broke a lot of rumors and had a lot of fun on the site too, but we just didn't push the limits quite as much as we did pre-2010.

Then with one phone call in January 2012, our relationship with Research In Motion improved considerably. RIM's founders were out, and Thorsten Heins was in as the new CEO of BlackBerry. Literally his first phone call as CEO went to yours truly, and during that conversation, Thorsten apologized for all of the not-so-nice treatment we had received over the years from the company whose products we were helping to market. Since then, we've always had a positive relationship with BlackBerry and a much more open dialog. The value of CrackBerry, CrackBerry Kevin and our member community was recognized tremendously during the lead-up and launch of BlackBerry 10. For BlackBerry to bring BlackBerry 10 to market was a gargantuan task, and the whole company was working overtime - the excitement of all of us within the CrackBerry community motivated the entire BlackBerry team. Heck, I even flew to Waterloo once and recorded a 'pep talk video' that went out to BlackBerry employees on their internal intranet.

History story over, that brings us to the crazy topic of two stolen BlackBerry Z10's ending up in my hands.

A Tale of Two BlackBerry Z10's

It was September 11th, 2012 at 5 pm when an email came in on the CrackBerry Tip Line saying, "BlackBerry 10 Device For Sale - you interested?"

At this point, the number of actual BlackBerry Z10 phones in existence was still very limited, and totally accounted. BlackBerry knew every person in the world who had a BlackBerry 10 phone in their possession -- each with unique serial numbers etched into the phone for tracking.

Both the Z10 and Q10 had never emerged publicly in legit photos or videos at this time. BlackBerry had granted a few people in the press a sneak look at the phones, but nothing of hands-on substance was reported yet.

It seemed too good to be true, so I replied back to the seller asking to see photographic proof. The photo he sent was clearly legit. My trained BlackBerry eyes knew how to spot an unreleased BlackBerry.

I pursued the deal, which grew in magnitude. It turned out the seller had not just one Z10, but two! One apparently featured a slightly older software build and was not very usable, but the other booted up fine and had on it a working version of what was evolving from the BlackBerry PlayBook OS into the BlackBerry 10 OS. We eventually arrived at a price of $10,000 CDN, down from an initial $12,000 ask. That's an INSANELY high number to shell out for two phones. I didn't really have a choice though. If I didn't buy them, the seller would move onto another publication who would buy them who wouldn't likely give the same careful attention that I would.

When it came time to figure out how to pay the seller, well, that's where things got fun and felt like a scene from out of a movie. I suggested a wire transfer for payment, but the seller suggested he'd send somebody on an airplane to meet me at the Winnipeg airport. He clearly didn't want his identity to be known.

So that's how it went down. That Friday, at 4 pm, I went to my local airport with a backpack containing four envelopes each with $2500 inside. I sat at a table in the airport Tim Horton's. After a short wait up walks a guy, sits down, and we do the deal. He pulls out two BlackBerry 10 phones. I pull out the cash. I take the phones. He counts the money. He puts the money in his backpack and walks back to security to catch his flight out of Winnipeg. To this day, I still don't know who he was.

So what happened to the phones?

Had it been 2009, old CrackBerry Kevin would have immediately reviewed the hell out of these newly acquired phones and posted them right then and there for the whole world to see. This time, things were different. BlackBerry had SO MUCH riding on the launch of BlackBerry 10 that I wanted to do everything I could to help them out.

Unlike Gizmodo posting about their stolen iPhone, I called up BlackBerry and told them I had obtained two BlackBerry 10 phones and that I wanted to return to them

So, unlike Gizmodo and what they did with their stolen iPhone, this time around I called up to the upper echelons of BlackBerry and told them I had obtained two BlackBerry 10 phones that I wanted to return to them. BlackBerry flew two representatives out to Winnipeg that Sunday evening who were told to fly to Winnipeg and give CrackBerry Kevin a full tour of both the BlackBerry Z10 and Q10 and that he'd have a package for them to bring back to Waterloo. It was an awesome day, and I spent a few hours playing with the latest builds of BB10 on the latest Z10 and Q10 hardware. And I said goodbye to my crazily attained BlackBerry Z10s when I dropped the BlackBerry employees off at the airport so they could catch their flight home.

Once a tech blogger always a tech blogger, though. Before sending my precious BlackBerry 10 phones back to their Waterloo home, I fired up the camera and did a quick and dirty ten-minute walk through of the goods. You can hit play on the video above to see them in all their glory. It was the first hands-on video of the BlackBerry Z10 that never aired, until today.

As for the question of where the Z10's came from? It turned out a BlackBerry employee was robbed a week earlier, and both phones had been reported as missing by that employee. Whoever stole them -- who may be even be reading this -- knew CrackBerry Kevin would shell out the cash to buy them. The seller got away with the crime. BlackBerry got back their phones. I felt good for doing the right thing and returning them. And hey, a few years later on CrackBerry's 10th anniversary the story FINALLY came out.