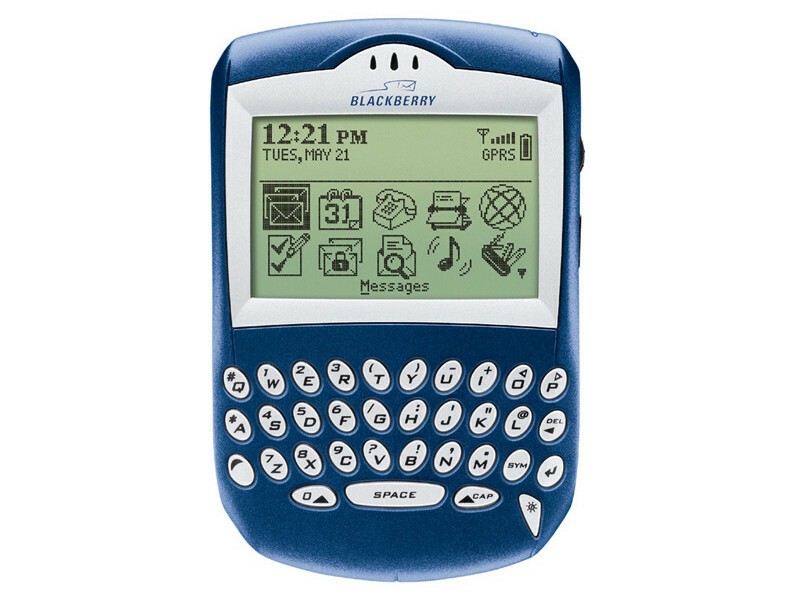 If you were making a list of the top 50 most Influential gadgets of all time, which BlackBerry would you put on the list? The folks over at TIME have chosen the BlackBerry 6210, otherwise known as Quark. Officially launched in 2003, the BlackBerry 6210's blue colored cover stood out while the device itself combined wireless e-mail, phone, SMS, browser and organizer applications and more all from one device.

BlackBerry made pocket-sized gadgets for accessing email on-the-go before the 6210, but this was the first to combine the Web-browsing and email experience with the functionality of a phone. The 6210 let users check email, make phone calls, send text messages, manage their calendar, and more all from a single device. (Its predecessor, the 5810, required users to attach a headset in order to make calls.) All told, the 6210 was a pivotal step forward for mobile devices.

At the time it was released, Mark Guibert, was then Vice President of Corporate Marketing at Research In Motion and noted:

With integrated support for 'push-based' email, a built-in GSM phone, a browser for the wireless Internet, a connected organizer and an open standards-based platform, the BlackBerry 6210 gives mobile professionals a distinct advantage in today's fast-paced society.

As a bit of trip down memory lane, take a look at the press release announcing the BlackBerry 6210 in Canada on what it was known as at the time, the Rogers AT&T Wireless network. You can also check out more pics of the 6210 and the full spec sheet here. This is the second time the 6210 has made a most influential list from Time, the first was back in 2010 when they listed the top 100. Also, note the price of that bad boy back in 2003 - $449.00 CDN.