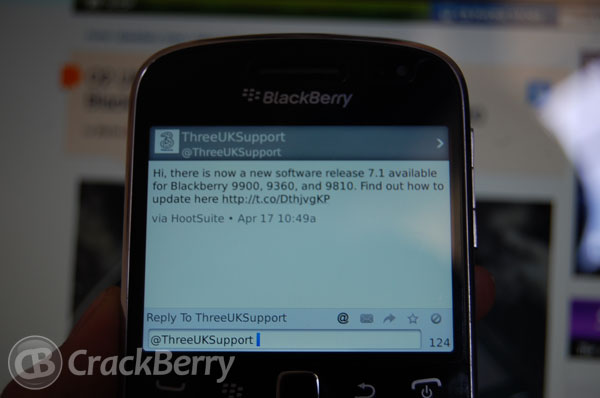 Yesterday we saw O2 UK become the first UK network to update their BlackBerry 7 devices to 7.1. Today, Three UK has followed suit and announced via their Twitter account that they have released the update for the BlackBerry Bold 9900, Curve 9360 and the Torch 9810.

If you prefer to install official updates then head on to the Three UK download pages and get installing now. Don't forget to backup before you do, even if it is an official update.