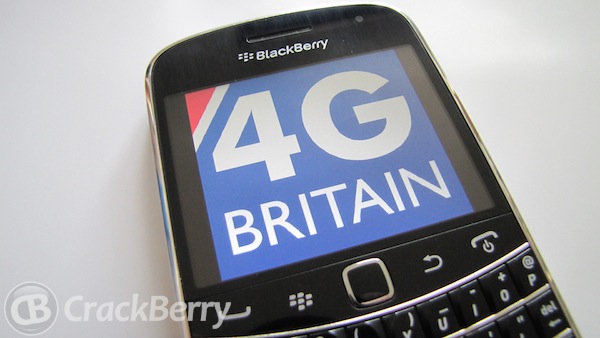 Some interesting developments have happened in the 4G LTE saga that has dominated the UK news in the last day or so. We told you yesterday that Everything Everywhere (the parent company of Orange and T-Mobile) has been given clearance by Ofcom, the government regulatory body, to roll out 4G in Great Britain later this year. The latest news is that Everything Everywhere have announced that they will be handing over 2X15MHz of its 1800MHz spectrum to Three. The move is in accordance with the European Commission and it was part of the deal that Everything Everywhere share some of the spectrum.

How does this affect us BlackBerry users? Well, it's good news. With BlackBerry 10 launching in Q1 next year it means that we should already have more than one 4G network up and running in the UK, giving consumers a choice when it comes to choosing which carrier to go with. The BlackBerry 10 handsets, that are still to be officially announced by RIM, will be 4G compatible here in the UK. So as well as a new OS and new hardware we should also have the choice of using super fast LTE from day one.

Now we just need Q1 to hurry up and arrive. I'm not great at being patient.