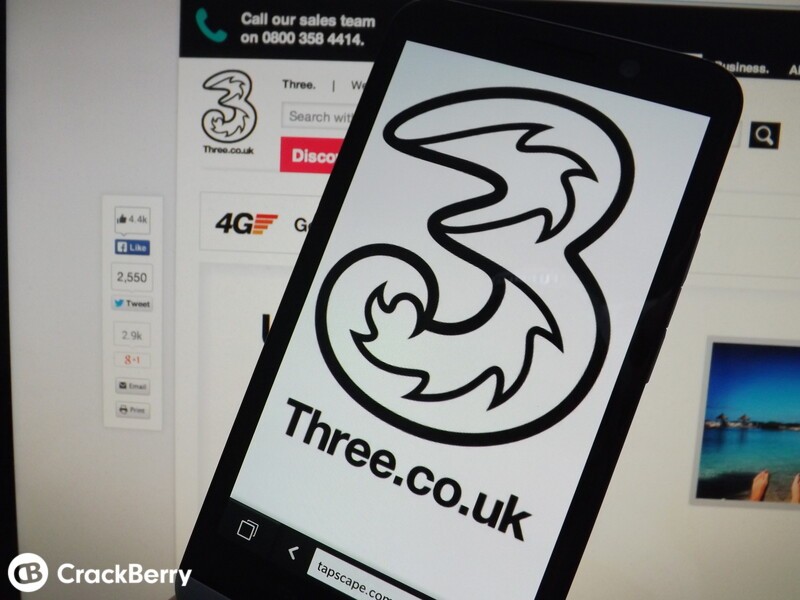 Roaming charges have historically been a pain in the butt - with the majority of carriers worldwide ripping off us consumers when we go on holiday or travel overseas for business. [Three's](http://www.three.co.uk/?id=1300&aidset=1 'Feel at Home' service has been up and running for some time now with an array of countries on the list where customers can use their standard UK plan in other countries without incurring roaming charges.

Considering that BlackBerry have a decent amount of the enterprise market sewn up this will certainly help out UK businesses that operate on an international basis. All UK carriers offer roaming bundles but as far as I'm aware it is only Three that let you use your UK allowances at no extra charge - good on them!

This week sees them add a further five countries to the list or eleven already in place which is good news all round. These include:

A weekend in Paris, a family drive through the Pyrenees, a wine tour in Bordeaux or a sun drenched stay in St Tropez. From 1 July these popular French holiday choices will all have one thing in common – Three customers will be able to roam as part of their normal allowance for no extra cost. The 17.1m* Brits crossing the English Channel to the holiday hot-spot this year need not fear a dreaded roaming bill on their return, as Feel At Home allows them to use their phone or tablet in a range of great destinations as they would at home.

Whether it's calling friends or family, bragging from the beach via social media or Skyping loved ones at home, the opportunities are now endless with the help of Three.

Dave Dyson, Chief Executive at Three, said: "Roaming charges are a rip-off and Three is tackling the issue head-on. We haven't just reduced charges; we've now scrapped them in 16 destinations, making it fairer, easier and more enjoyable to use your phone abroad.

The addition of five more countries, including France, to Feel At Home is another big step and one that marks our determination to eliminate roaming rates full-stop. I want customers to stay connected when they're overseas without the fear of a nasty bill when they return."

These 5 new destinations will join the US, Indonesia, Sri Lanka and Macau, Australia, Italy, Austria, Hong Kong, Sweden, Denmark and Republic of Ireland, where the service has been available since 2013.

It couldn't be simpler. Feel At Home will automatically activate as soon as you touchdown in one of the 16 great places to visit. As soon as you arrive, your phone picks up a local network and you can then chat to family and text your friends back home, post status updates and share holiday snaps whenever you like. If you go out of bundle, you will still benefit from reduced roaming rates – a no brainer for the modern traveller.

Customers on pay monthly, Pay-As-You-Go, SIM-only and mobile broadband have the freedom to use Feel At Home within the limits of their current Three price plan allowance, as long as international roaming is activated. Calls and texts to non-UK numbers will be charged at standard roaming rates. Tethering is not included. Pay-As-You-Go customers will require an add on.

If you're not already a Three customer could this make you consider a switch? Let us know in the comments.