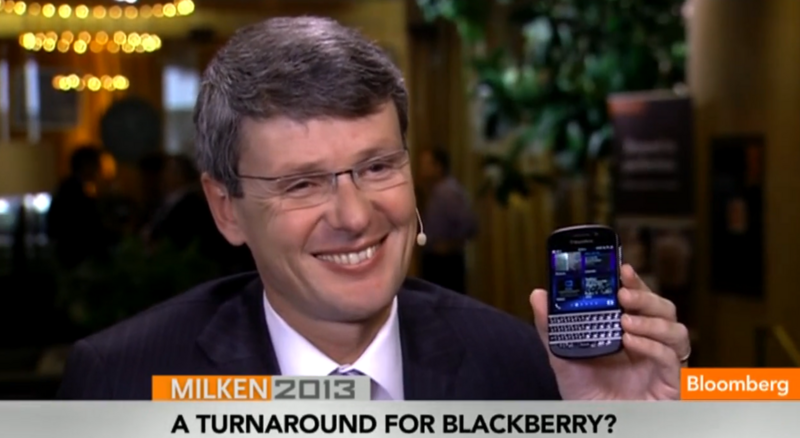 BlackBerry CEO Thorsten Heins sat down with Bloomberg in Los Angeles to talk a bit about the BlackBerry Q10, Z10 and some of BlackBerry's current business strategy. Thorsten was all smiles as the interview started on a high note on the news that the Q10 is now the fastest selling tech product ever at Selfridges. When asked about the higher price tag of the Q10 over the Z10, Thorsten noted that "it's a high quality product" for "people that need to get the job done."

He runs through a bit of the Q10 features and stats before jumping over to the Z10 and the Detwiler Fenton fiasco. Thorsten reiterated the fact that Z10 returns are in line with the standard but they are still in the middle of sorting things out.

When asked about licensing BB10, Thorsten says they aren't ruling it out and that once the BlackBerry 10 platform and OS is proven they'll see who comes forward and "whatever comes up we will entertain."

Last but not least, there is word of good things to come at BlackBerry Live in just a few weeks but when asked about the possibility of a tablet, Thorsten notes that soon the only computing platform you'll need is your phone.