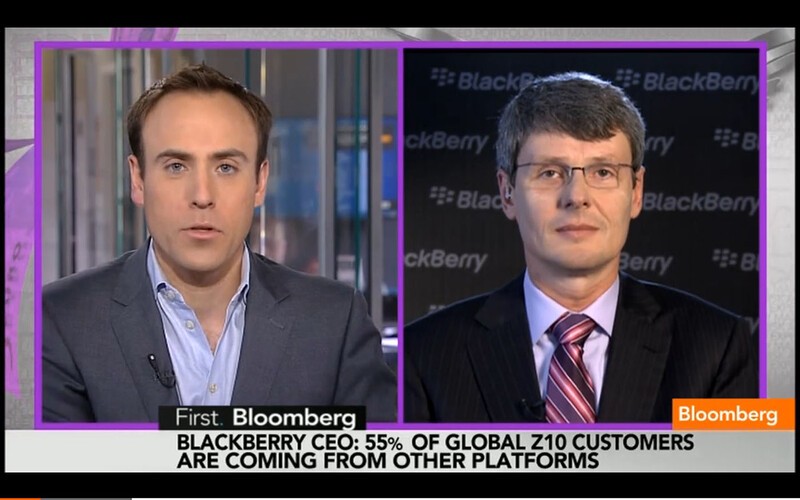 With the BlackBerry Q4 and year-end results for fiscal 2013 results now out there, Thorsten Heins, President and Chief Executive Officer of BlackBerry, sat down to speak with Jon Erlichman on Bloomberg Television’s “Money Moves.”

It's a fairly long interview, coming in at over six minutes, but it's a nice summary of today's events and it certainly offers some further insight as to where Thorsten wants to take BlackBerry in the near future. As always, there is a few topics that don't really get answered but that's par for the course, as some things just simply have to remain unanswered until it's time to officially announce them.

You can hit the source link below to check out the full video and be sure to drop your comments with your thoughts on it all. Personally, I thought it was a great interview for Thorsten and covered all the topics I wanted to hear.