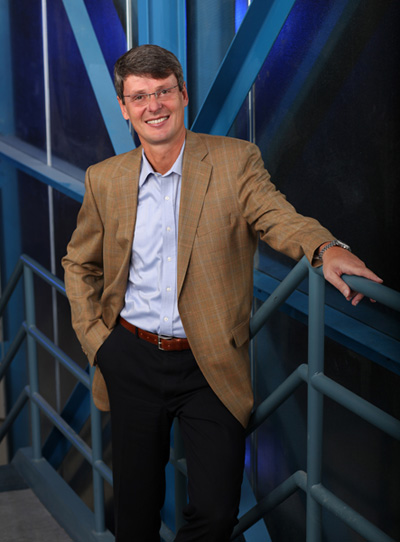 RIM introduced their new CEO, Thorsten Heins, in a video tonight, and he had some interesting things to say about the future of BlackBerry. Here are some of the key takeaways.

Heins starts off by talking about how grateful he is for the opportunity. He says RIM's "journey isn't over yet", and sees BlackBerry being among the top 3 wireless players worldwide if they keep doing what they're doing, and they do it well. This is a view shared by RIM's new chair of the board, Barbara Stymiest, and might not be what shareholders want to hear - at least the ones who have been clamouring for dramatic change at the company, and not just a leadership shuffle.

Heins is very realistic about the improvements RIM needs to make, however. He says "We have learned to execute. Yes, we have to get better at execution, but we've learned a lot going from a drawing room in 2007... Make sure that once we say a product is defined, that we move decively into execution mode, and get the product done in good quality, and on time, and also at good cost. ... We need to get a bit more disciplined in our own processes." In particular, he notes BB10 - "Needless to say - gotta ship on time, gotta ship with good quality."

He reiterates later on that he is very performance-driven, in addition to supporting prototyping and brainstorming. "When we decide on getting something done, I want it to be done on time at good quality, and at good cost, because that at the end of the day defines our customer satisfaction and it also defines our economic result." This message is a great one to deliver, especially if those rumours about the PlayBook's initial delay to launch due to processor changes are to be believed. It's really important for an exec to be able to to say "no" to certain ideas, if only to focus efforts and get goods out the door, and it seems Heins gets that. If RIM can simply pump out products faster, I think they'll be leagues ahead of where they are now.

Heins also speaks about how he's hoping to improve the spirits of those working at RIM. "[Our employees] need to see that BlackBerry is clearly makes a difference. This is not a 'me too' product. ... The employees have to see that they are not just fullfilling something, but they have to see and experience that they are participating in something." To that end, Heins goes onto say that it needs to be illustrated that internal feedback is listened to and considered... In other words, you won't have to send out anonymous letters to the media in order to expediate change at RIM. Regardless, Thorsten speaks with great admiration for the fighting spirit with which many employees have been tackling BB10, and that he can't wait to see it in the public's hands.

Heins went on to describe their corporate customer base as RIM's "fortress", which they will continue to defend, but has big plans for the everyday consumer too. "We need to be constantly communicating with our customers, with the audience, with the public, telling them about BlackBerry. You see this with the Be Bold campaign style." I'm really glad that Thorsten brought up the Be Bold campaign as the key example of good marketing at RIM, rather than the "Love" campaign, which never really struck a chord with me.

And what's Thorsten like personally? Well, he likes the outdoors and he's from Bavaria, where it was much easier to do some skiing. You can watch the full video below. How do you feel about the new RIM CEO? Will he be able to fill big Mike's engineering shoes? Can he match Jim's salesmanship? He definitely has a few fresh angles here without deviating too much from the established BlackBerry principles... As a speaker, he definitely seems more relaxed and confident that the co-CEOs of yore did when in front of the camera. For now, I'm cautiously optimistic about Thorsten Heins. I'm definitely interested to hear what Heins has to say on tomorrow morning's conference call, which we'll be livecasting starting at 7:45 AM EST. Be sure to tune in!