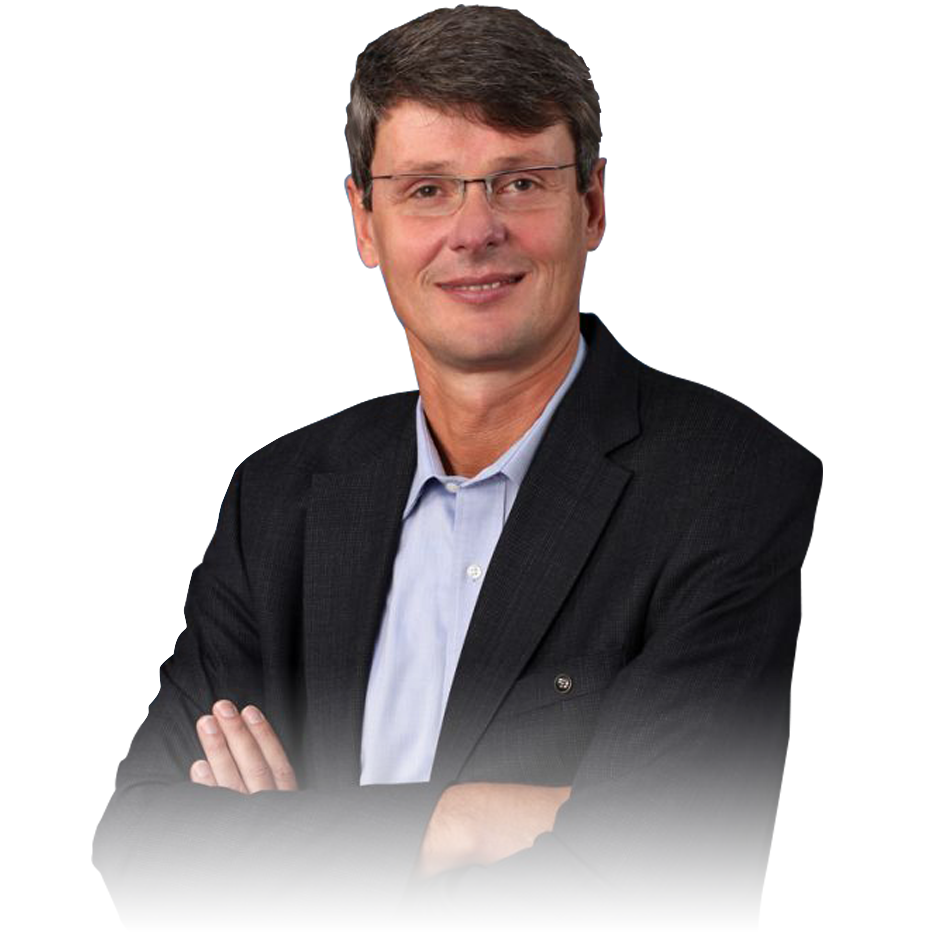 Thorsten Heins was the CEO and President of the BlackBerry corporation, previously Research In Motion. Heins also sat on the board of directors. He succeeded co-CEOs and founders Jim Balsillie and Mike Lazaridis after they stepped down in January 2012. Thorsten Heins joined Research In Motion in 2007, and occupied roles as the Senior VP of the Handheld Business Unit, and various Chief Operating Officer positions prior to becoming CEO. Before joining BlackBerry, Heins was the CTO at Siemens.

He was born in Gifhorn, Germany on December 29, 1957, and studied science and physics at the University of Hanover. When not running BlackBerry, Heins likes riding motorcycles. And he's tall. Like really, really tall.

On November 4th, 2013 as BlackBerry called an end to their strategic review, Thorsten Heins announced he would be stepping down as CEO and CEO John S. Chen would take his place.

Former BlackBerry CEO, Thorsten Heins, is now CEO and chairman of wireless charging company Powermat. Founder Ran Poliakine will now take the seat of Vice Chairman but still be heavily involved in evangelism and other strategic partnerships. After about a year hiatus since leaving BlackBerry, Heins is once again ready to take charge in attempts to scale Powermat to a new level of not...

Today I enjoyed reading an article from my friend Hugo Miller over at Bloomberg. He nicely summarizes the fact that Thorsten Heins stands to make $55.6 million in the event that BlackBerry is sold, and he is ousted as CEO. The details are all spelled out in a proxy filing from May. I’ve read through the Bloomberg story and the proxy filing.  The situation is fairly complex, and I haven’...

BlackBerry has announced today that the board of directors has formed a special committee to "explore strategic alternatives to enhance value and increase scale in order to accelerate BlackBerry 10 deployment". The plan for the committee is to explore possible ventures for BlackBerry and BlackBerry 10 including possible joint ventures, partnerships or even a sale of the company. The...

As a part of our chat with BlackBerry CEO Thorsten Heins following this year's annual general meeting, we touched on what's going on with Z10 and Q10 OS updates, in particular those that should be rolling out through American carriers. The day before, AT&T finally got around to sending out 10.1 out to Z10 owners, but we're still waiting on Verizon. Thorsten said he was "absolutely...

Something that came up in our interview with BlackBerry CEO Thorsten Heins following on the annual general meeting was the issue of educating users coming in from older, traditional OS 7 devices. Here on CrackBerry, we’ve definitely seen some new Q10 owners frustrated with the learning curve, meanwhile Z10 owners have opened the box without any expectations and ready to soak in a whole...

BlackBerry CEO Thorsten Heins is a stand up guy all the way. We've seen him in person and in numerous interviews and appearances -- each time he continues to impress us. We're fairly sure that the employees at BlackBerry have taken a liking to him in the last year or so as well, especially after receiving their new BlackBerry 10 devices.  Included with their new corporate devices, Mr....

Yesterday, according to Bloomberg, Thorsten Heins dropped the following snipped:  "In five years I don’t think there’ll be a reason to have a tablet anymore.”  As usual, the media is jumping all over this with headlines that take the comments to an extreme.  Hey, whatever gets the click for those guys. I’m all about the balance.  We reached out to BlackBerry to get some kind of...

Thorsten Heins sits down with Fox Business and discusses U.S. release of the BlackBerry Q10

BlackBerry CEO Thorsten Heins has been busy with interviews of late. We saw him sit down with Bloomberg, talking about the BlackBerry Q10 and how it became the fastest selling handset at Selfridges, amongst other things. Thorsten was asked about when we should see the BlackBerry Q10 launch in the U.S., following the successful week launch in the U.K. and he states that the U.S. should...

The BBRY CafÃ©. [Formerly: I support BBRY and I buy shares!]

What tens of millions of Q10 sales mean for BlackBerry

If you haven’t yet watched the interview with Thorsten Heins on Bloomberg, you should definitely watch the short clip. Adam already posted a summary here and the video is embedded. “We expect several tens of millions of units”, said a confident BlackBerry CEO on camera. That’s a huge statement to make, and from what we’ve seen of the man so far, he is a man of action. He is not one to...

BlackBerry CEO Thorsten Heins sat down with Bloomberg in Los Angeles to talk a bit about the BlackBerry Q10, Z10 and some of BlackBerry's current business strategy. Thorsten was all smiles as the interview started on a high note on the news that the Q10 is now the fastest selling tech product ever at Selfridges. When asked about the higher price tag of the Q10 over the Z10, Thorsten ...

With the Z10 officially arriving in the USA this week, BlackBerry CEO Thorsten Heins was on location in New York City to celebrate the launch and spread the word via the US media that BlackBerry is back. The CrackBerry team is also in NYC right now, so we were able to drop by Thorsten's hotel room on the eve of the launch and spend twenty minutes talking about the US launch and a whole...

Thorsten Heins to be a guest on Piers Morgan Live

BlackBerry CEO Thorsten Heins will be appearing on Piers Morgan Live tonight on CNN. Piers Morgan is a long time BlackBerry user and supporter, so it should be an interesting interview to watch. The show airs in the US at 9PM on the East coast, but be sure to check your local listings for what time you can catch it. Alternatively, you should hopefully be able to watch the video later on...

What BBRY has taught me as a casual investor