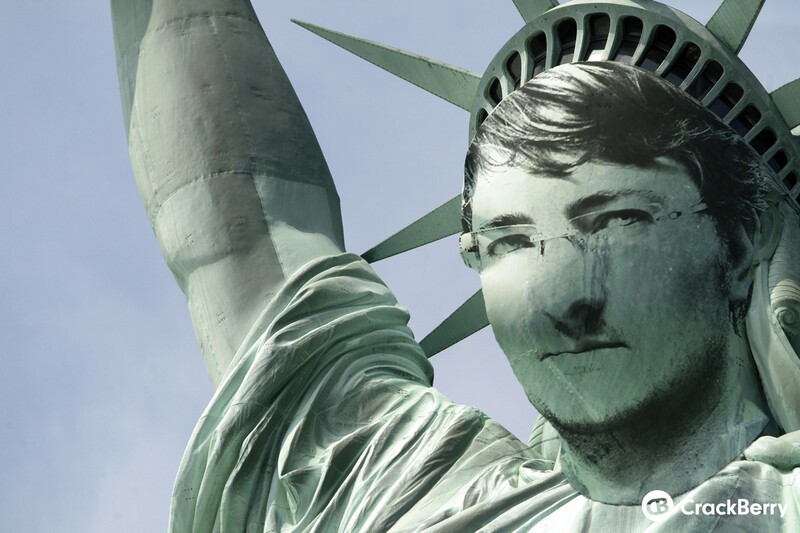 SURPRISE!! Things are about to get even CRAZIER around here. BlackBerry 10 is Built to Keep You Moving and in the honor of the Z10's upcoming release in the USA we are going to do just that and move our CrackBerry headquarters to NEW YORK CITY!

We're still working on some of the final details, but by this time next week we'll be coming at you from the city that never sleeps

We're still working on some of the final details, but by this time next week we'll be coming at you from the city that never sleeps (which will be a good fit for the CrackBerry team - with all the BB10 excitement the past couple of months we gave up on the notion of sleep).

Once we're setup, the plan is to keep pushing hard in NYC right up until the second week of May, at which point we'll fly down to Orlando for BlackBerry Live 2013. After that? We don't know just yet... though I will say something feels oh so right about about HQ permanently being in NYC.

While we're in NYC you can expect CrackBerry's coverage of all things BlackBerry to get taken to a whole new level, yet again. Bla1ze will be in town for the the AT&T roll out. Adam will making the visit from his place in New Jersey several times a week. Alicia is already there too, and we're bringing out David from our Miami-based design team who is going to help us further spice up our content.

Wherever you are in the world, you'll be wanting to be visiting the site often, as in true New York fashion CrackBerry is going to more hustling, more bustling and bigger and better than ever.

For those living in the New York area, get ready to hang with us. We're going to start taking the CrackBerry fun offline

For those living in the New York area, get ready to hang with us. We're going to start taking the CrackBerry fun offline, with more events and meet-ups and in real life CB community action than we've ever done before.

To the media based in New York, don't be shy. Hit us up. CrackBerry Kevin is at your service. If you want a BlackBerry expert and representative of the BlackBerry enthusiast base to speak with and/or interview during the build up and roll out of the "Zee 10" in the USA, send your requests to cbmediarequests@mobilenations.com. We'll do our best to accommodate you.

Ok, let's call this a wrap for now. I have to pack. Things are about to get CRAZY around here!

From the forums: A little more background on CrackBerry being in NYC
Win a Free BlackBerry Z10 in this Mind Blowing Contest