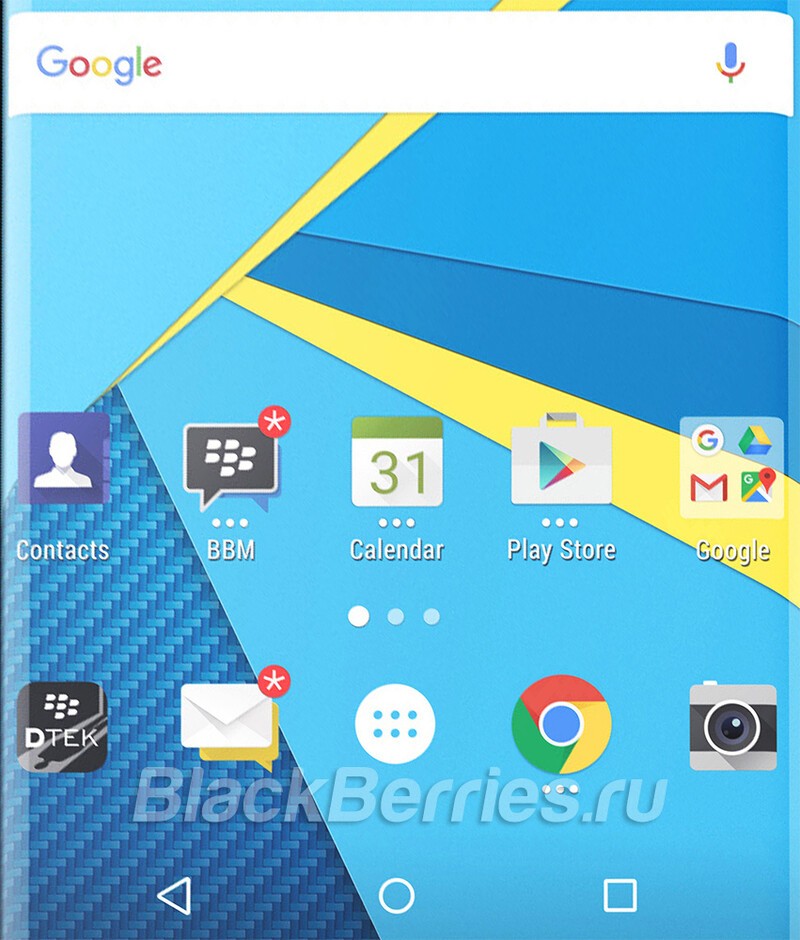 Now that the BlackBerry has gone ahead and released some official images of the Priv by BlackBerry, pretty much everyone has been analyzing them up and down looking for pretty much any unknown detail that might be found. Normally, press renders don't offer much outside of the norm, but this time around it almost feels as though BlackBerry tossed a little something extra in so as to pique people's curiosity.

As noted by several folks in the comments and across the web, there are a few standout items in the device photo if you look a little bit closer than normal. Looking at the adjusted photo above, supplied by BlackBerries.ru, you'll notice there's an icon for an app called DTEK, which could almost be mistaken for a BBM icon at first glance. While we're not sure of what this app is or what it does, BlackBerry CEO John Chen did mention in a recent media roundtable that BlackBerry would have some of their own apps for increasing security on Android.

"We will have technology that will help the individual know if they have been snooped, attacked, compromised," said Mr. Chen, adding on-screen notifications will "measure your vulnerability … and individuals will be able to tell if anything is happening to them."

The other item that is rather curious about this image is the fact that some of the apps have the familiar three dots below them, however, it's not included on all of the apps. Only BBM, Calendar, the Google Play Store, and finally, Google Chrome. If you remember, there was a lot of hoopla made about the differences in the keyboard in the early leaks where one image showed the three dots on the keyboard while the other did not. Now that we know that some apps have those dots below them, it would seem as though there is a direct relation there to them also appearing on the keyboard. What that relation may be remains to be seen but by all means, sound off in the comments with your thoughts on it all.