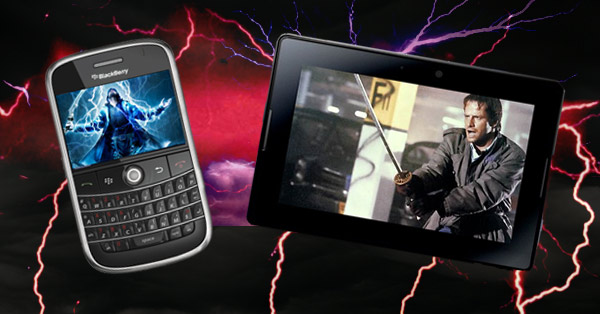 RIM is an interesting (and confusing?) spot right now as it's juggling operating system platforms as they push forward on development of the PlayBook's QNX-based BlackBerry Tablet OS and also work on BlackBerry 6.1 which will ship on the next generation of BlackBerry Smartphones. Beyond that the OS details have been relatively scarce and it has been leaving all of us CrackBerry addicts with some key questions, like Why is it taking so long to get these 2011 BlackBerry Smartphones out the door? and What's QNX on a BlackBerry Smartphone going to look like?

Thanks to word coming to us via BerryReview from notes taken during a RIM internal developer keynote given by CTO David Yach today, things are starting to make more sense. Here are some of the highlights from the presentation:

Listening to RIM's 4th quarter investors' call last week, Co-CEO Jim Balsillie made it clear that the company is going through a big transition right now and this information really sheds great insight onto what exactly that transition entails. Right now RIM is trying to push forward the development of two separate operating systems as the PlayBook and 2011 Phones get pushed out to market, but the real end goal here is to kill the fragmentation in the company and focus and centralize efforts, from tools and processes right down to the operating system on both tablets and phones. The aptly nicknamed "Highlander" OS 7 should bring the best bits of the traditional BlackBerry OS into the new QNX platform, upon which both the phones and tablet os will be one and the same (assuming of course that means all this info is legit). It makes a ton of sense that RIM would want to bring everything onto the new operating system as soon as possible (although I'm sure RIM will keep the old OS and phones hanging around for a while so they can sell them at low cost in emerging markets - Balsillie noted last week that RIM could be in a place to take advantage of a tiered strategy).

And while the Highlander theme does point to there being ONE operating system for phone and tablet, I wouldn't necessarily take this to mean only one identical User Interface (UI) for phones and tablets. Of course it's pure speculation at this point, but I'm sure with the folks from TAT now part of RIM, that there will be differentiation in the  user experience from phone to tablet (full touch experience with bigger screens vs. phones with smaller screens and keyboard, etc.). I've sort of been dreading the year 2012 (with the end of the world and all supposed to happen), but with this news I sort of wish 2012 would come tomorrow. I want my BlackBerry 7!