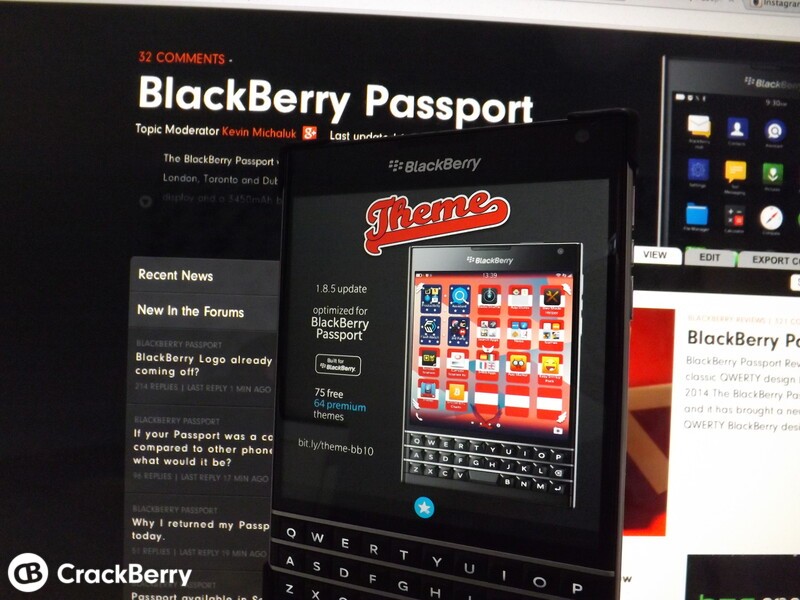 I'm fairly sure that S4BB are the biggest developer for BlackBerry 10 and if we were to tell you when each of their apps got updated we would soon bore you. However, I'm quite a fan of their app 'Theme' so I decided it was well worth mentioning that if has today been updated for you BlackBerry Passport owners.

For long term BlackBerry users you'll know that 'back in the day' themes were big business in the world of BlackBerry. That changed when BlackBerry 10 was introduced but the 'Theme' app is the closest you'll come.

We first took a look at it on video back in April 2013 so if you missed it you can catch up here. Bear in mind that the app would have been updated several times since, but you'll get the idea.

Got a Passport? Give Theme a try and see what you think?