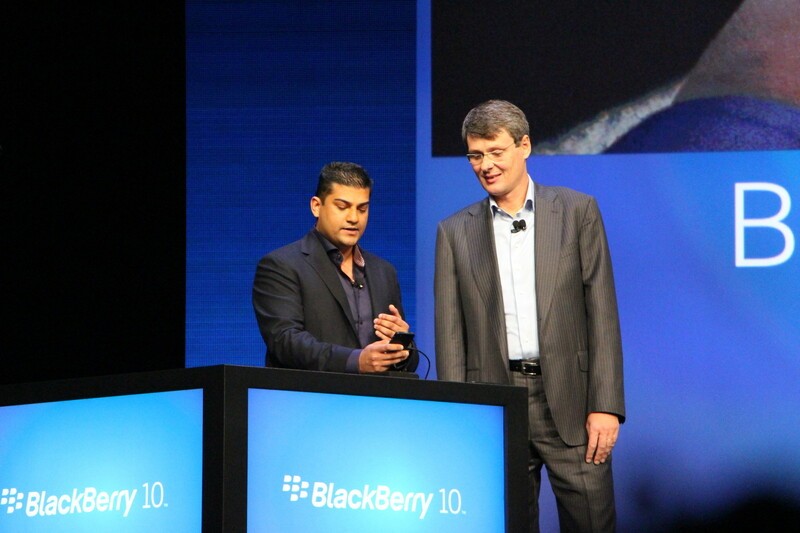 Late Sunday night, in response to a question posted in the CrackBerry forums, I publicly broke the news that Vivek Bhardwaj is no longer at BlackBerry.

In reality, this was old news. Vivek has not been with BlackBerry since the middle of May, which is when I first found out and spoke to Vivek directly about his decision to leave. As you can imagine, I was bummed to hear the news. Vivek has been one of CrackBerry Nation's favorite BlackBerry people ever since he made his stage debut at BlackBerry World alongside then CEO, Thorsten Heins, where he gave us our first glimpse of BlackBerry 10. An eloquent speaker, amazing on-stage presenter who delivered flawless demos time after time in front of thousands of people as well an all around awesome guy to hangout with, it's a definite loss for #TEAMBLACKBERRY. Both Vivek and I knew, like me, that BlackBerry fans would be bummed out when word got out about his departure, which is why we didn't rush to make it known. Eventually though, the word would have to get out.

Vivek made it clear to me that his decision to leave BlackBerry wasn't related to the company's prospects. In fact, he said BlackBerry has some really exciting stuff coming down the pipe (some of which we've now learned more about, like the BlackBerry Passport) that he was sure we'd all love. And he didn't leave BlackBerry to go to another company. His decision was a personal one. After pushing so hard and putting in so much time through the BlackBerry 10 launch, he wanted to take some extended vacation time and hang out with the family and friends he hasn't had a chance to spend quality time with for the past few years. That said, a guy like Vivek has a lot of experience (see linkedin profile) and is clearly able to handle being put under huge pressure. When he's ready to take on his next challenge, I'm pretty sure he can pick the company he wants to work for and name his price. There are not a lot of guys like him out there.

And with that, I just wanted to take moment and really thank Vivek for all he did for BlackBerry during his time there. When you have position at a tech company that is extremely public facing, as Vivek has had these last couple of years at BlackBerry, you're really acting as an ambassador for the company and the brand. I think Vivek did an amazing job in that role - looking back at the events leading up to BlackBerry 10, I couldn't imagine having anybody else on stage. Heck, there were even a lot of calls from the CrackBerry community that Vivek should be CEO. That says volumes right there.

So Thanks Vivek, for being an awesome member of #TEAMBLACKBERRY all these years, and all the best in your future endeavours.

Some of our favorite Vivek moments...

A First Look at Type and Go on the Q10

On Stage at the BlackBerry 10 Launch Event

On stage at CrackBerry Live!