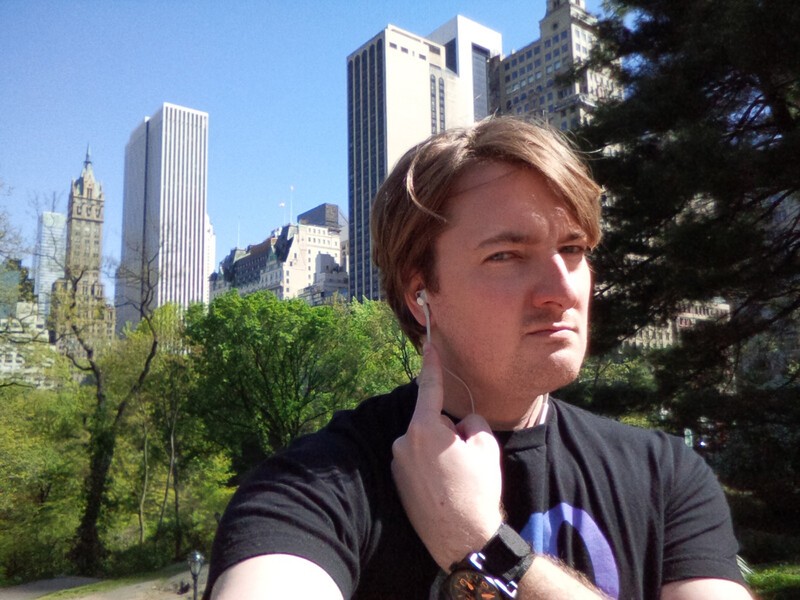 All of my life I have thought there was something wrong with me because I have never had a pair of earbud style headphones that actually stay in my ears. They always fall out. Always. And I don't just mean the earbuds that BlackBerry has included with their devices over the years, but I mean every pair of earbuds I have ever tried. I have bought cheap pairs. I have tried expensive pairs. It doesn't matter. They fall out as soon as I move just a little bit, never mind try something like walking or jogging.

When Apple announced their new EarPods last year after what Jony Ive said was an exhaustive research and development effort by the company, I had honestly hoped that Apple would be my earbud savior and that these new EarPods would be the answer to my problem (seriously, watch this video and you'll believe too). But nope. Crap. They look cool and I'm sure they sound ok, but I wouldn't know as they just fell out of my ears too. For me, they were horrible (read iMore's review for a proper review). If Apple's years of exhaustive R&D couldn't solve my problem, at that point I just assumed I was destined to never be able to use earbuds for the rest of my life.

Then I bought my BlackBerry Q10. which included a pair of the new "BlackBerry Premium Stereo Headset" in the box. SUCCESS!!! For the first time in my life, I have earbuds that stay in my ears. And I mean STAY in my ears. I've gone jogging with them, hit the gym with them, jumped around with them. The photo above was taken in Central Park after I went for a walk / jog around the city for 3 hours while listening to Songza streaming music from my Q10. The new premium BlackBerry earbuds held in perfect the entire timell!

Check out the photos in the post and you'll instantly understand the reason this is the case. Surrounding the traditional plastic earbud housing (the side where the sound comes out) is a rubberized housing. On one side of the rubber piece is a loop that is slightly bigger than the natural cavity of your ear. The loops picks up the slack and puts a little bit of pressure in place which holds the earbud tight to your ear. It's completely comfortable and for me it works like a charm. Two sizes of rubberized end caps come in the package, so they can accommodate big and small ears alike. The wiring on the premium earbuds is really good too - it's a tangle free design.

When it comes to sound quality, honestly I can't even comment as I've never had a pair of earbuds that stayed in my ear long enough to judge them or compare to. So for me, they're great. CrackBerry's Simon Sage will do a full review on them soon as he's more of an audiophile when it comes to this kind of stuff.

In the meantime, I just had to share my excitement that I finally had earbuds that stayed in my ears, and that they came courtesy of BlackBerry with my new Q10. I should have known... always bet BlackBerry. Thank you BlackBerry, for letting me hear the music!