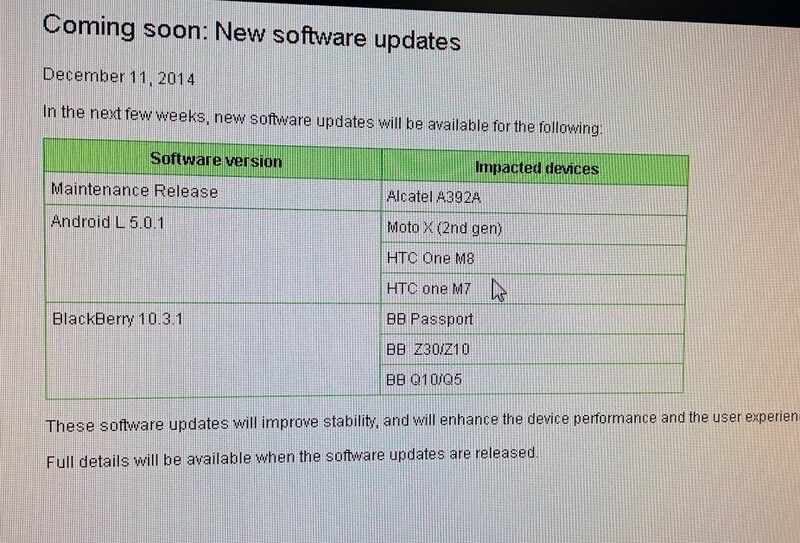 As we already learned during the BlackBerry Classic Q&A panel at the launch event, BlackBerry plans to start rolling out BlackBerry OS 10.3.1 to all in-market devices come February but where the roll out will begin and end still remains a mystery. A new internal document reportedly from TELUS does give us some hints though as it suggests the Canadian carrier will be among the first to have it available.

Interestingly, the document is dated December 11th and notes OS updates coming 'in the next few weeks' but by my definition February would be considered more than a few weeks, which does make me wonder. Is February the start of the roll out or is it when the majority of people will actually have 10.3.1? Something to ponder. In any case, TELUS looks to be preparing for the occasion, and that's nice to see!

Sidenote: Check out their new BlackBerry Classic video as well.