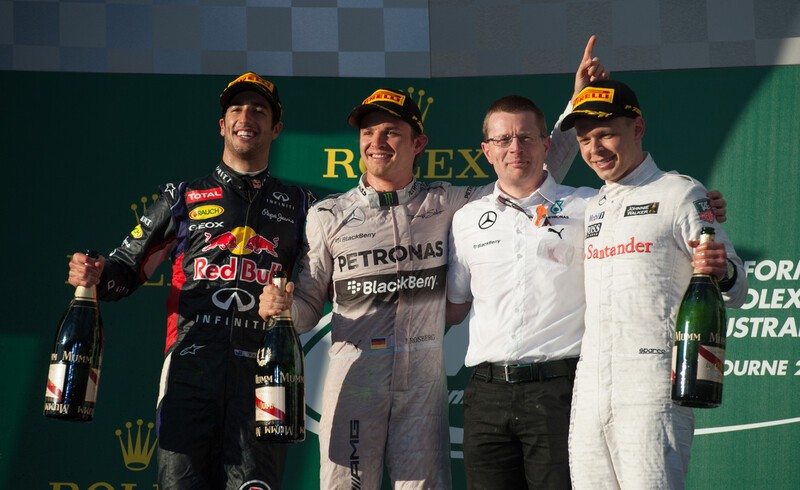 This weekend marked the start of the 2014 Formula 1 season with the Australian Grand Prix in Melbourne. Lewis Hamilton sat on the pole with solid chance of taking home the win — only it was his teammate, Nico Rosberg, who would cross the line first.

After just three laps, Hamilton was forced to retire due to a failed cylinder. It was definitely a disappointing start, but there was a still a chance for Rosberg to take control — and that he did. World champion Sebastian Vettel also had to retire early (8 cars in total didn't finish the race) leaving plenty of room for Rosberg to strut his stuff.

After what proved to be an eventful race, partly due to a slew of rule changes for the new season, Team BlackBerry took home the win to start the season off in grand fashion. Red Bull's Daniel Ricciardo, who originally finished second, was later disqualified for a fuel-flow rate infringement moving Kevin Magnussen into second and teammate Jenson Button into third.

Next in line is the Malaysia Grand Prix which takes place March 30th in Kuala Lumpur.

And yes, we will be posting after most of the races this year, though we'll give a 24 hour buffer in most cases as to not spoil the results for anyone watching on a delay