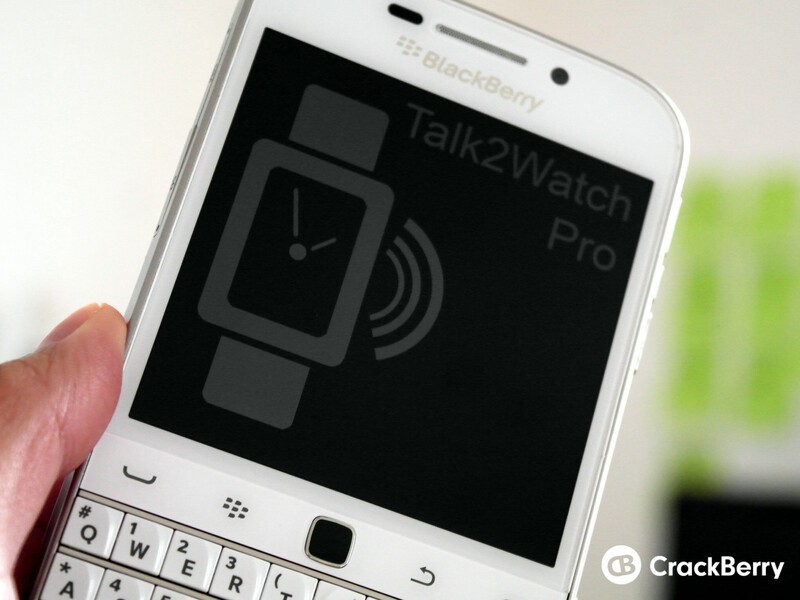 Pebble smartwatch owners with BlackBerry 10 smartphones know that the go-to app to make the most of it is Talk2Watch, specifically the Pro version which has seen a substantial update since it was first released. We even have access to the Pebble app store from within the app, therefore eliminating the need to install the Android Pebble app. When the Pebble Time was announced, many people asked if Talk2Watch would support it. The developer promised nothing but quietly worked away to try to bring support for the updated Pebble Time.

After going through a testing period with a handful of users, today, Talk2Watch Pro releases with support for the Pebble Time, including music control, app store and Timeline pins. Good news for those who have already got their hands on a Pebble Time.

We'll bring a video look at Talk2Watch Pro and the Pebble Time soon, so keep a look out for that if you're interested in seeing it in Action.

Note that only Talk2Watch Pro has been updated to support the Pebble Time. Talk2Watch Pro is available for all BlackBerry 10 smartphones and costs $4.99. As usually if you have already purchased the app, updates are free. The developer is also very active in the forums, so if you have any feedback or suggestions, join in the conversation.