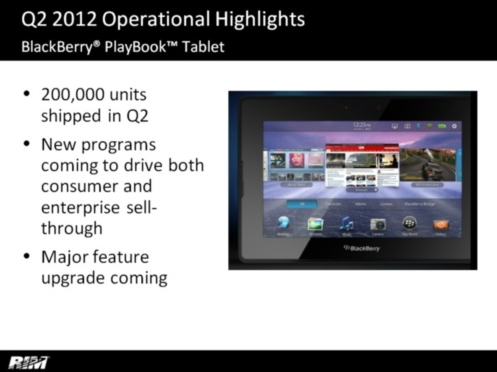 On the Q2 Fiscal 2012 Results Announcement Conference Call, Jim Balsille has confirmed that a "major feature update" is coming soon to the BlackBerry PlayBook. This is the rumored PlayBook version 2.0 software we've heard about in the past few weeks. The update will be shown off at BlackBerry DevCon next month and available "shortly after". Version 2.0 of the PlayBook software will bring native email, contacts and calendar as well as the Android App Player. The BlackBerry Video Store will also be introduced which will allow access to over 10k movies and TV shows on the PlayBook with ability to stream via HDMI on your TV.