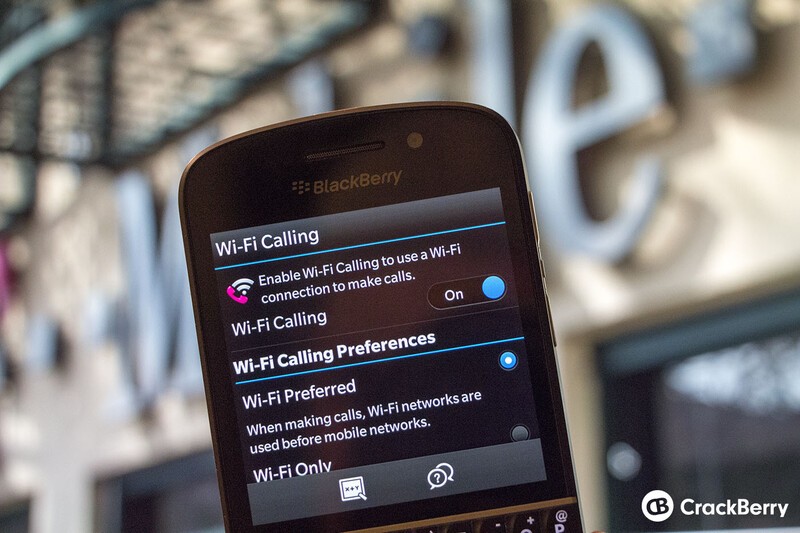 Ever since the launch of the BlackBerry Z10 and BlackBerry Q10 on T-Mobile, people have been asking when Wi-Fi calling support for the devices would be rolled out. For those who make use of it, it's a pretty important feature to have included as it helps get calls out when coverage might not be the best. T-Mobile has noted the service will be enabled in a later update and though they've never really put a timeframe on its release, it looks like they're getting closer to making it available.

As highlighted in the CrackBerry Forums by robsteve and now several others, the Wi-Fi calling app for T-Mobile is appearing in BlackBerry World for those running the BlackBerry 10.2 beta OS. The app seems to of have appeared there over the past few days and can be downloaded to both the BlackBerry Z10 and the BlackBerry Q10 although the app description says it's for the BlackBerry Q10.  As of yet, no one has been able to confirm if it works but at least it's a sign that it may no longer be that far off.

While we go futz around with some OS' on our devices and see if we can dig out the .bar file, you folks can head on into the forums and see some more screenshots of the app. Again, this seems to only be appearing on the beta build of 10.2 and some of the 10.2 leaks, so don't expect to see it on any other versions.