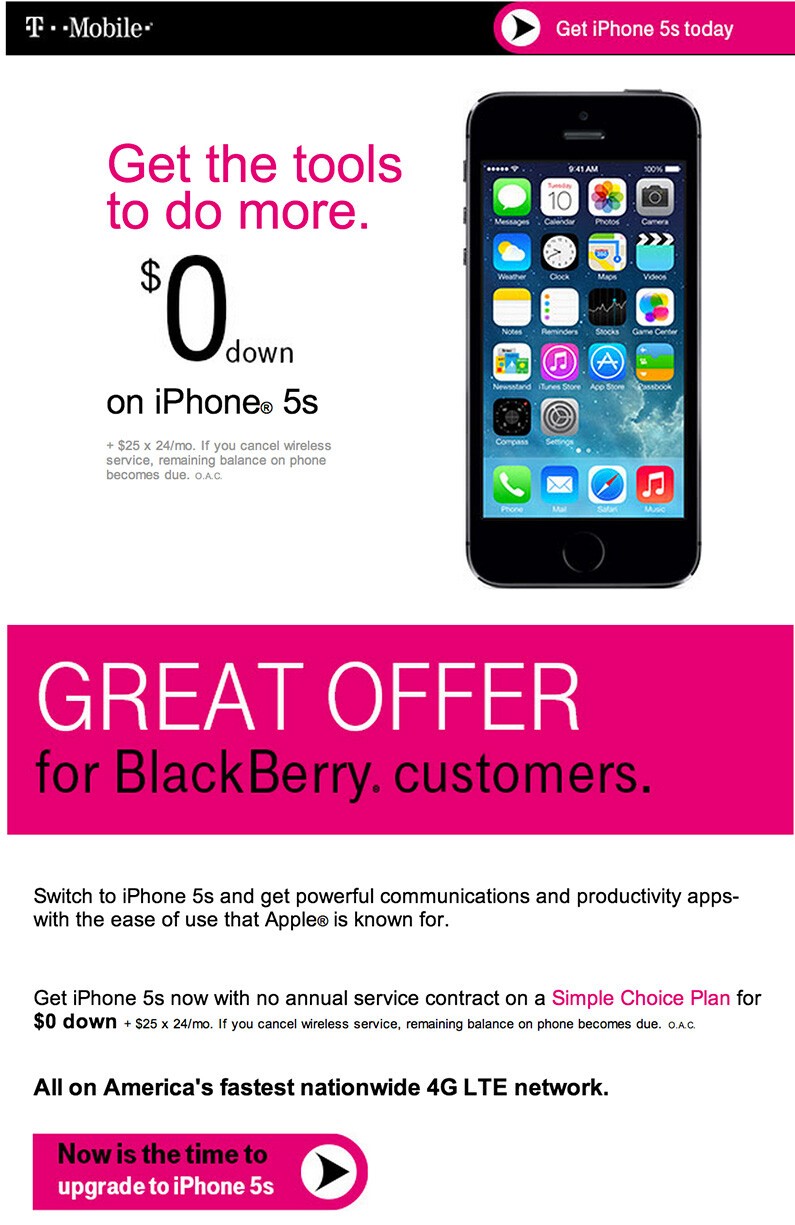 A longtime CrackBerry reader forwarded me the mailer he just received from T-Mobile, trying to persuade him to upgrade to the iPhone 5s. T-Mobile positions the upgrade for BlackBerry users by saying "Switch to iPhone 5s and get powerful communications and productivity apps — with the ease of use that Apple is known for." Of course, powerful communications and productivity are words synonymous to BlackBerry, but that doesn't prevent T-Mo from making its pitch. :/

Christopher, the T-Mobile customer who forwarded me the email, "felt this was a real kick in the pants to BlackBerry users." It definitely illustrates the challenge BlackBerry currently faces in the USA with carrier support. T-Mobile already phased out carrying BlackBerry phones in-store (you can still buy them and receive via mail), so it's not a total surprise that they'd look to upgrade existing T-Mobile customers to another device they are more actively supporting.

The good news is, just because you receive an email from your carrier doesn't mean you need to do what it says! BlackBerry supporters like Christopher will simply hit delete and head on over to twitter to let T-Mobile CEO @johnlegere know they still #CHOOSEBLACKBERRY10.