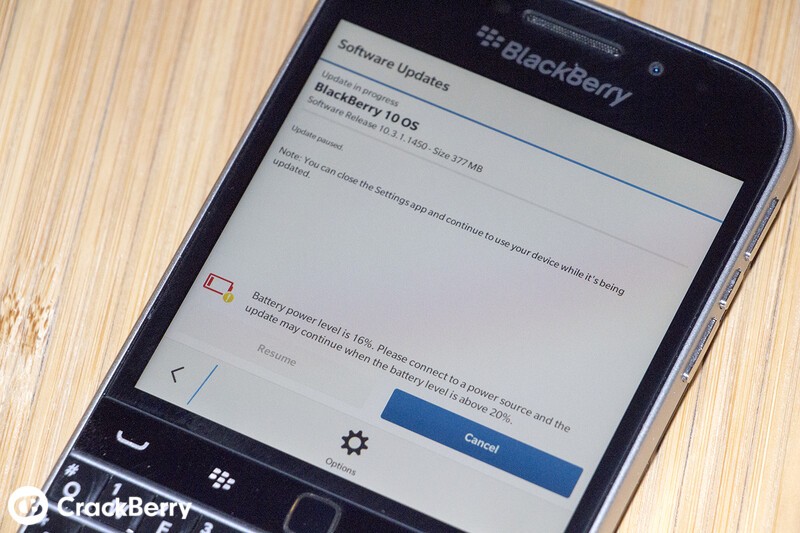 T-Mobile will begin rolling out BlackBerry OS 10.3.2.798 for the BlackBerry Classic to users starting on June 17. According to T-Mobile Product Manager Des Smith, the update has received approval and is set to start pushing out for the Classic. BlackBerry already announced that OS 10.3.2 would make its way to all BlackBerry 10 devices, so it is great to see T-Mobile pushing it out sooner than later.

BlackBerry OS version 10.3.2.798 / software release 10.3.2.516 will bring the update to BlackBerry Protect which includes Device antitheft in it. If you have a Classic on T-Mobile, be sure to check for the update starting June 17. Announcements regarding older BlackBerry 10 device updates on T-Mobile will be announced when the OS are deemed official by the carrier.