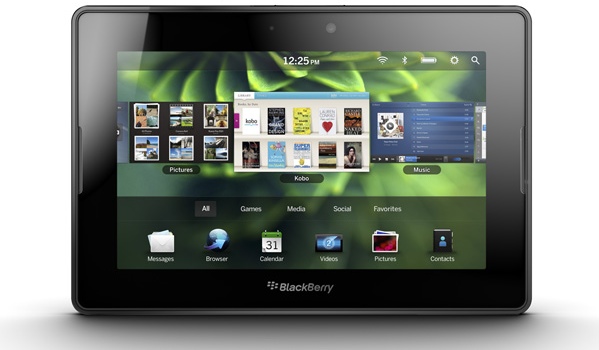 Just in case you thought Research In Motion was only giving the love to Sprint when it came to cellular enabled PlayBooks, new rumors have now popped up suggesting that an GSM version compatible with AT&T and Rogers 3G bands is tracking very nicely as well. Also suggested is that shortly after the release of the 3G enabled version will come a Verizon LTE enabled version. Research In Motion has announced a Q1, 2011 timeframe for the WiFi enabled version with the Sprint 4G version arriving in the summer but has been quiet when referring to other carrier announcements.

If all these new rumors pan out, that means we should see the WiFi version ordering start in February, shipping in March with the 3G version showing up late March or April. No mention of ship dates for LTE, only that it would come after the 3G release. Only fair to note however, these are still rumors. Nothing has been confirmed but time will tell. While we wait, check out our BlackBerry PlayBook review.