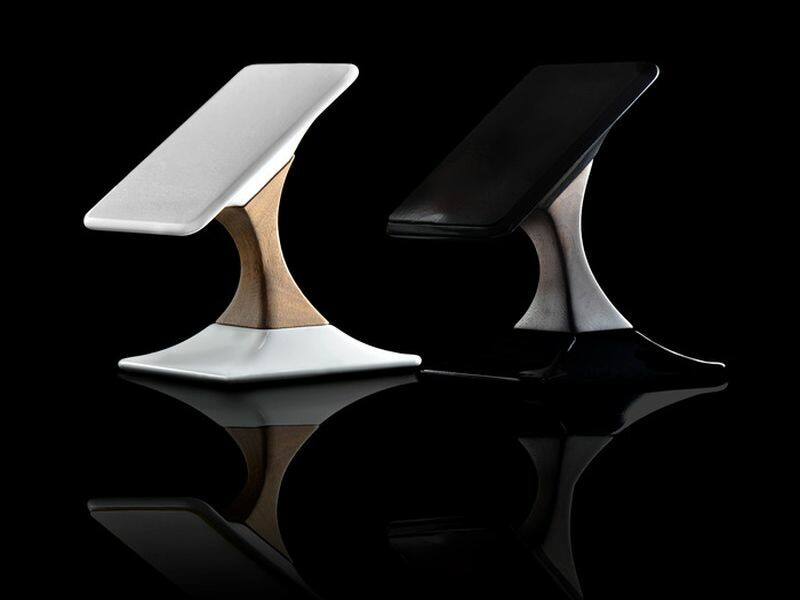 Lutman claims that Swich is different than other charging stations due to the way smartphones can be used while connected to the stand. It states:

We designed a visually attractive and highly usable stand that enables you to place your phone under a viewer-friendly angle. It positions the device firmly enough for you to use all the buttons and slide over the touch screen, while your phone charges cordlessly.

The Swich will use ceramic materials for the bottom of the charger as well as the smartphone base, with the middle stand made out of American dark walnut. Microsuction tape will be used to hold the smartphone in place.

The company is looking to raise a relatively modest $25,000 to begin production of the Swich and so far they have raise well over half of that amount with 24 days to go in their Kickstarter campaign. A pledge of $140 will be enough to get one of the Swich units, and the larger reward tiers offer black, white and even gold and silver plated versions of the stand.

What do you think of the Swich and do you think it will be a solid wireless charger for your Qi compatible smartphone?

Thanks to Chis C for the tip!