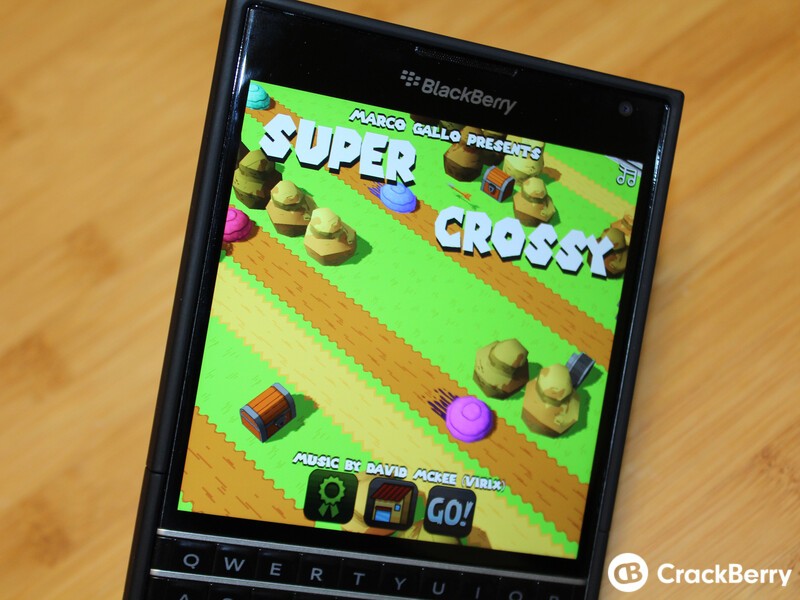 As a child of the eighties, one of the classic arcade games I probably spent way too much time playing was Frogger. The goal of that game was to navigate your frog from the bottom of the screen across the road or river which contained various obstacles that moved horizontally such as motor vehicles, logs, and alligators. Being that this is now 2015, it was only natural, we would see similar type games available on various platforms. For instance, Crossy Road, which we saw earlier this year.

Marco Gallo is a developer who loves classic games, and it is no surprise he created his own native arcade hopper for all of us to enjoy. The result is Super Crossy. Rather than have our characters (Piggy, Froggy and Doggy) cross a road, the goal is to have them hop across the farm avoiding the pitfalls as you go. Only in this world, those obstacles happen to include flying arrows, table saws, fire, fog, and rolling logs with spikes on them. The mechanics are the same as Frogger only instead of a cumbersome joystick you simply tap on the screen to change direction and to move forward. Of course, the goal is to reach the farthest distance to obtain the highest score.

Along the way, players do have the chance to earn coins that appear in random spots. When you've collected a certain amount, the other characters can be unlocked. For starters, you are given Froggy, which I like because it evokes all those hours spent playing on my Atari (and yes I'm aware of how long ago that system was released). Really dating myself here.

As with all of his offerings, the graphics are wonderful and really do pop on the BlackBerry Passport. Gameplay is smooth, and this is a fun little game you won't be able to put down. Super Crossy is available right now on BlackBerry World for $1.99 and is compatible with all BlackBerry 10 smartphones.