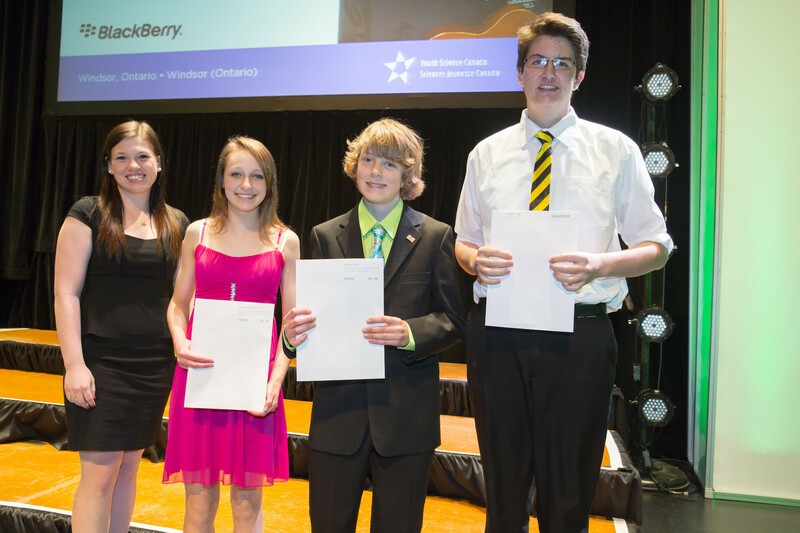 Last month, BlackBerry announced their Mobile App Development Award for this year's Canada-Wide Science Fair. Winners were chosen across the Junior, Intermediate, and Senior categories, all of which were rewarded with cash prizes, BlackBerry smartphones and mentorship with a BlackBerry mobile application developer expert. The apps had to be built using PhoneGap or Appcelerator, as well as meeting the BlackBerry 10 user interface guidelines.

The winners made a variety of apps for the BlackBerry platform, all with specific goals in mind. The winning apps include:

People who use plastics do not all recycle it, meaning it can end up in a landfill or cause environmental harm. The goal of the app is to help solve this problem through education. Kieren designed and created an app that provides useful facts and basics on recycling, such as, what is resin code on plastic items and whether it can be recycled and what types of items can be recycled. Kieren hopes to save the

With the intention of keeping drivers safe on the road, Whitney created an app called Tasker that locks down dangerous and distracting interactions on a cell phone, while still providing necessary communications when a vehicle is in motion. When tested, the app was successful in locking down the screen, minimizing distracting interactions that can be dangerous while driving.

The Musician's Toolbox is a useful tool for musicians of any skill level. Included in the app is the modex, a tool for making bridges between songs, a transposer, for changing chords from one key to another, and a tuner that can be used with any instrument.

Congrats to all the winners! Great to see such passion for the BlackBerry platform, and hopefully we'll see even apps like these in the future. Enjoy your new devices :)