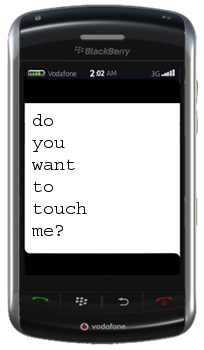 Pocket-link.co.uk just posted a story confirming that the BlackBerry Storm will make its way to the UK, and that it will bare the Storm name.  Apparently the Thunder branding is being toss out the door in favor of the Storm becoming the global brand for RIM's new touchscreen device.

Multiple sources have confirmed to Pocket-lint that Vodafone will be getting the UK exclusive for the new touchscreen BlackBerry; the Storm.

"Vodafone will be the exclusive operator in the UK with the 'Thunder' name being ditched in favour of the global 'Storm,'" one of our sources confirmed.

Hitting the shops at the end of October, the multiple industry sources, who have all asked to remain anonymous, have also confirmed to Pocket-lint that the new smartphone from RIM will be available before November in time for Christmas, with an official announcement from RIM, the maker of the BlackBerry, due at the start of October.

Interesting. I hope this pans out to be true. I personally prefer "Storm" over "Thunder". What do you all think? Thanks to Stuart for sending this in!