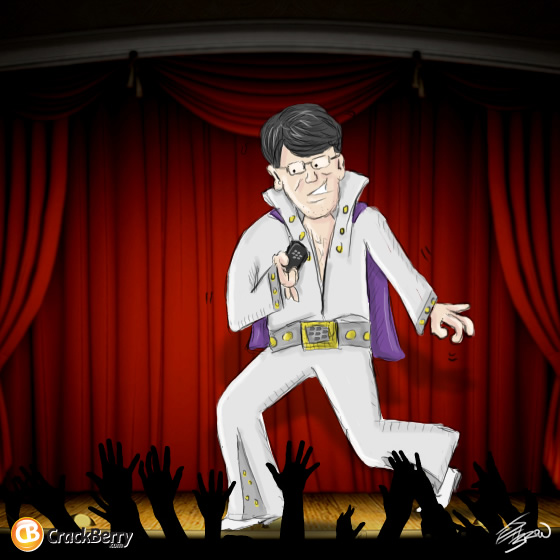 RIM's new CEO, Thorsten Heins, has been a busy guy doing media interviews over the last couple of weeks. But yesterday he took some time to chat with Bay Street sell-side analysts in Toronto who cover the stock.

What did he say? We've had a chance to read through some notes from analysts who attended and here are the big points:

He is acutely aware of the weakness in RIM's marketing: Thorsten reportedly said that RIM was so busy getting the BB7 products finished that it neglected marketing. I guess that's what happens when you don't have a CMO right? Or should I say, when your prior co-CEO decides to "own" the marketing position?

BlackBerry 10 quality more important than timing: It very much sounds like Thorsten wants to ensure that when BB10 is out on the market there is no reason for any criticism. Although he didn't speak of the app ecosystem, I hope this is a big part of his thinking. RIM intends to ensure that the product has very clear and demonstrable differentiation (such as multitasking). No change to the "later in 2012" release expectation.

RIM gained 3% share in Latin America last quarter: Thorsten pointed out RIM made these gains even though Android releases were in full force. Hey, we get it. People just want their BBM!

They wouldn't even talk about a sale of the company: Analysts will always dig into juicy topics, and Thorsten reportedly wouldn't even enter into any discussion on selling RIM. Sounds like it's off the table. Somebody would have to go hostile to acquire them.

Management changes? Thorsten fielded some questions about the network outage that recently happened, and just the fact that this is still on people's minds makes me wonder if some heads will finally roll for this disaster. He also told analysts that the company's communications with investors needs to improve. No disagreement there! My guess is that RIM's new CEO will be making senior management changes to fix some of what he perceives as problem areas.

So there you have it, folks. Those are the kinds of things analysts are asking RIM's new CEO about these days.

What would you be asking him? Let us know in the comments.