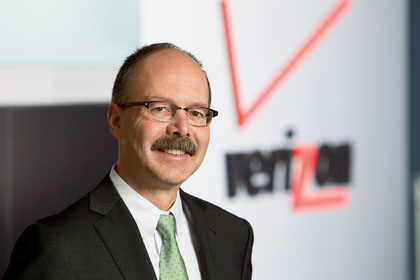 Steven E. Zipperstein is now serving as the newly appointed Vice President and Chief Legal Officer of Research In Motion. Zipperstein joins RIM from his most recent position at Verizon, but he has also worked with other large companies in the past. He was placed at RIM by legal search firm Major, Lindsey & Africa. His role will include legal, compliance, communications and government relations. He will report directly to CEO Thorsten Heins and also be an advisor on matters such as the execution of RIM's business plans. Keep reading for the full press release.

Major, Lindsey & Africa (MLA), the world's leading legal search firm, announced today the placement of Steven E. Zipperstein as Vice President and Chief Legal Officer of Research in Motion, Limited. Reporting to the President & CEO, Zipperstein, as the senior-most legal executive, will oversee legal, compliance, communications and government relations functions for the company. In addition he will be a strategic business advisor to the President & CEO and other executives and members of the top leadership team, contributing actively to the evolution and execution of Research in Motion's strategic and operational business plans. The search was led by Paul Williams, Managing Partner of MLA's Chicago office and Judy Allen, Managing Partner of MLA's San Francisco and Palo Alto offices.

"RIM was seeking an exceptional lawyer who can help lead the organization at a time of rapid change in the marketplace; change that demands innovation, creativity and the ability to execute," says Paul Williams. "Steve is the ideal choice," adds Judy Allen. "He is an experienced leader who has run a large and complex legal department and spent 14 years as in-house counsel in the telecommunications industry."

Prior to joining Verizon, Zipperstein served as a federal prosecutor for 9 years with the United States Attorney's office in Los Angeles. He specialized in white collar crime including bank fraud, securities fraud and tax fraud. Zipperstein began his legal career in the litigation practice at Hufstedler, Miller, Carlson & Beardsley in Los Angeles.