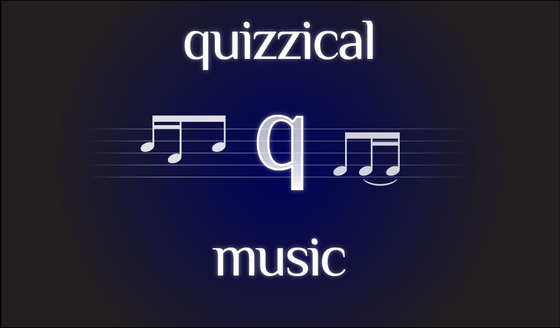 My head is full of what some would consider useless knowledge, one of those things occupying space in my brain is some obscure music trivia so, when I spotted Quizzical Music in BlackBerry App World I had to give it a go just to see how I'd fair. If you've not had a chance to take a look at Quizzical Music on your BlackBerry PlayBook yet, it's a pretty basic application but it has some great features built into it.

When you fire it up for the first time, you'll be greeted with the splash screen seen above and then a wall of imagery from musical artists from which you can select one from those listed or search from a wide range of many others available.

Once you decide upon an artist, you'll then begin the trivia portion of Qizzical Music. Now, this is where it gets interesting -- for some, the questions may start out rather simplistic while others may find they are much harder then they had thought.

Most of the questions revolve around album releases, lyrics from songs where you have to know which song they are from and references to artists birthplaces and more. Some artists have been loaded up with sounds bites as well, where you can tap to load the song and then you need to pick the correct answer indicating which song it was that was playing.

Granted, the UI could use some work and some of the questions are at times a little weird, like the ones relating to images of the artists that appear to of have been just randomly uploaded to the database but overall, it's a great app to test out your musical knowledge. Hopefully, the developer will continue to work on the UI to improve upon it.