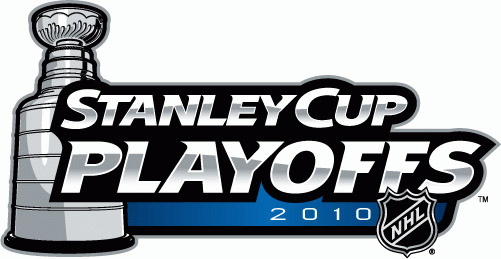 The playoffs are well underway and you can feel the Lower Mainland come alive with hockey fever. For me, it’s nice to see such a diverse community come together to cheer on our hockey team. Team colours worn by pedestrians, car flags go whizzing by, horns honking and drunken fans making fools of themselves; that is hockey! Are you sporting a playoff beard? I’m not and yes, I know, I’m bad for not doing so. The Canucks beat the LA Kings in game 6 and are now moving to round two and one step closer towards the Cup.

During the games, it’s fun to turn to Twitter and see what comments are being made, regardless if they are for or against your team. Though your friends may not be on the couch or at the arena with you, BlackBerry Messenger is there to capture every quip made. What else can you do with your BlackBerry to feed your hockey fanaticism? Perhaps dress is up in your teams colours or even use hockey sound effects as your alert tones. But, what about apps? There are a lot of applications out there that you can use to show off your pride, your knowledge and your passion.

The following apps should help you enjoy the playoffs in style, whether you catch it on TV, the radio or even through your friends. Before the puck drops, have a read and try them out for yourself.

If you’re just getting into the game, it may be embarrassing if you don’t know who plays for whom, their position, number and so on. Terminology may be mixed up as well:

Okay well, it probably won’t be that bad…hopefully. Before you are laughed out of the den, grab your BlackBerry and bone up on your hockey knowledge. One obvious choice for Verizon customers is the NHL Ice Time 2010 application. Users can check out live scores, player profiles, schedules and other information. There is also a feature called Ice Tracker, which allows you to see a virtual rink with goals, saves and hits from games. The premium version adds on live game radio, video highlight reels and more. The premium version costs you $2.99.

Alternatively, everyone who isn’t on Verizon can have look at The Hockey News. This application also nabs you live hockey scores, stats and schedules. Plus, you get detailed team info and opinions from the sportswriters. The Hockey News is free.

Perhaps you want to have a more personal look at the game… then you should scour for apps focused on your team. Let’s say I wanted to look at for example...oh gee…. I don’t know…the Canucks. I probably won’t find any- oh look at this, the Canucks app! Fans can check out Canuck multimedia, message boards and up to the minute news. The app is also supposed to allow you to “go inside the locker room”. No not like that, I mean to check out the player. No, not like that, I mean…never mind. The Canucks app is free.

Now that your noggin is full of critical hockey knowledge, it’s game time. If you’re lucky enough, you may be able to pick up some tickets. Download the Ticketmaster application to help you get into the game. You will gain access to special events and reserved tickets, on top of being able to buy tickets for various events and look for seating. You’ll be able to see ticket pricing and associated charges, so you know what you are paying for. Ticketmaster application is free.

Some hockey fans prefer to stay at home and watch it on the big (or small) screen. Make sure you stock up on snacks and drinks, or else you’ll end up in the penalty box. The next thing you know, you’re stuck making a beer run, while your friends are sitting on your couch, in front of your TV and watching your team win. If this happens to you, you have two options:

Option one is to record and watch later. I’ve mentioned TiVo DVR Scheduler before in previous articles, but I think that this fits in nicely. Even before the game starts, you can search and program from your BlackBerry. With multiple search options, you can even schedule it to record other shows in case someone in your house, for whatever reason, doesn’t like to watch hockey. TiVo DVR Scheduler is free.

Option two is to take it with you, so you can cheer on your team while you are in the store grabbing Cheetos, Nachos and Dip and beverages. SlingPlayer Mobile is your window to recorded or live TV, as long as you have a Slingbox at home. This app also doubles as another remote control and recording scheduler. SlingPlayer mobile is available for $29.99, but does have a 30 day free trial available.

Do you and your co-workers or friends have a hockey pool going? Want to find an easier way to keep track of your fantasy team? Check out MyFantasyTeams. This app allows you to manage your selected players, as well as view scores, injuries, standings and news. It’s designed to work with Yahoo! FantasySports, making use of their Stats Tracker. You can also check out pool standings, read or post messages and make notes. MyFantasyTeams is available for $3.99.

Think you have the best slap shot? The Speedhero app dares you to prove it. Using your BlackBerry, you can measure the speed of your shot by capturing the initial contact with the puck and the sound of the puck hitting the target (i.e. your garage door). BlackBerry App world has a lite and premium version ($4.99) available. I honestly don’t see any difference between the two, so go with the lite version.

There you have it folks - time to start painting your faces and throw on your jerseys. What are you using to follow your team? I know I missed a few (Score Mobile, Sportsnet, etc), but this post would be so long that by the time you finished reading it, the playoffs would be over. Oh and for you Canucks fans, here is a link to a theme song - brought to you by the Kid Carson Show at the Beat 94.5