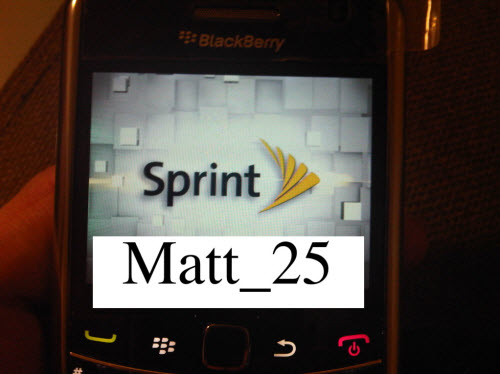 Looks like we have another showing of the BlackBerry 9650 Essex / Tour 2 in the CrackBerry forums.  This time, Matt_25 was able to grab these pics of the Sprint branded version (OS, no device logo) and post them for everyone to get a look at. Anytime we start seeing branded devices appear, such as we have with the Verizon and now Sprint versions you know that launch is nearing close.

For some, it may not be as close as we want it to be but that's the waiting game for CrackBerry addicts. If we had to take a guess on an official release for the Essex / Tour 2 we'd point it towards sometime in the New Year. We don't think it'll be here for the last minute holiday rush. Could be February or we wouldn't be surprised to see it even hit later, maybe in March. But again, that's just a guess. Two more shots after the jump, rest of the details can be found in the forums.

Shipped OS should be slightly higher.

All boxed up, keep in mind official release will be different.