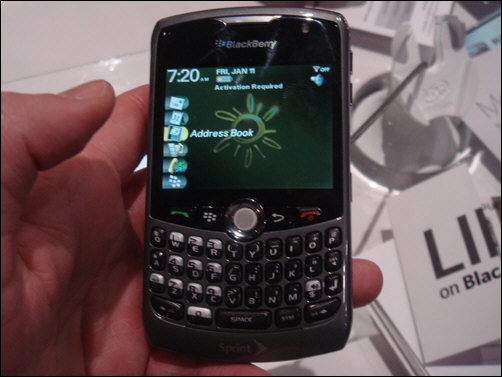 The last few days have brought a lot of apprehension, anxiety, anger, confusion, uncertainty (you get the picture!) to Sprint customers itching to get their hands on the new BlackBerry 8330 Curve.

Sprint's Official Press Release said the device would launch later this month - with later this month meaning sometime in April. Information obtained from Brightpoint put the device as hitting distribution centers on the 16th and available for sale on the 20th. But over the past few days it seems the word from Sprint Reps is that 8330 Curve's release date is being pushed back until JUNE!!! Apparently software issues with EVDO have set the target launch date back.

Time will tell, and I feel for everybody on Sprint as I know there's a LOT of you waiting. The Sprint 8330 Curve Coming Soon post in the forums has over 800 responses and has been viewed some 31,000+ times in the past few weeks. Be sure to join in on the discussion and let's hope the Sprint BlackBerry 8330 Curve gets here this week!