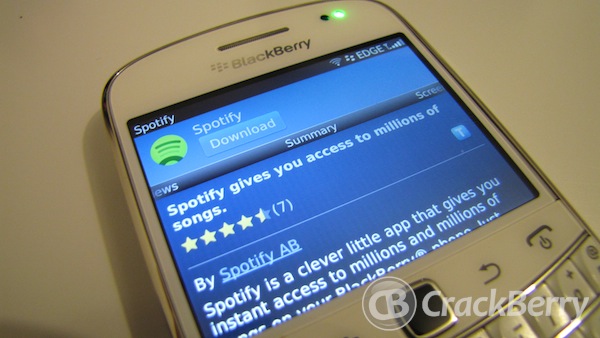 For years now, Spotify has been one of those services that has been just out of reach for many folks. Not only did it take forever to arrive on BlackBerry, it's limited by location so not everyone can get in on the fun. Over time, we've heard on many occasions that Spotify was "soon to be launched in <insert your country>" and soon never really came.

Now though, according to some new reports coming from the WSJ, Spotify's European parent company - Spotify Technologies SA - has filed the information pertaining to not only the launch in Canada but possibly Asia and South America as well.

Personally, I've moved onto different services such as Rdio and Slacker that are already available in my area but for those holding onto the dream that Spotify may soon be released in their country, there is now some hope found in this recent information.

Are you using Spotify? If not, what are you using for streaming music on your BlackBerry smartphone?