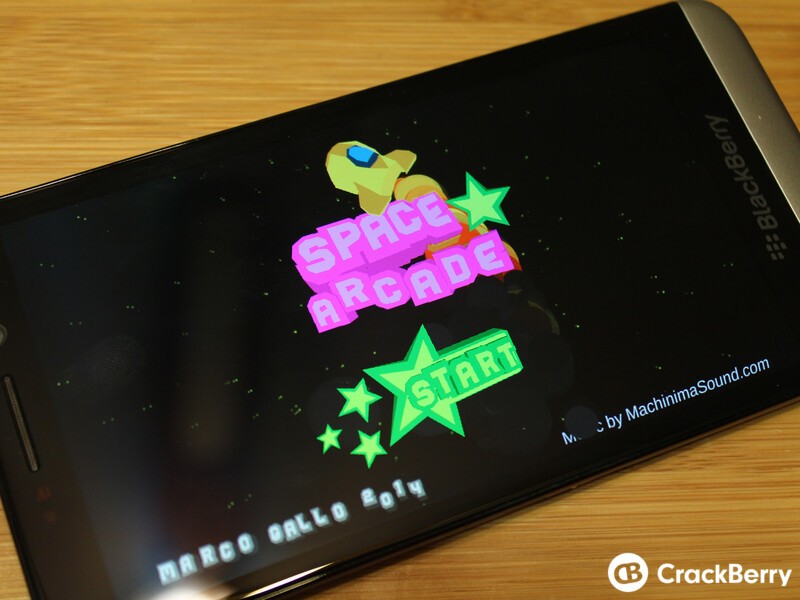 Growing up, I was addicted video games. Whether it be having a gaming console at home or going to one of the local arcades for some 8-bit fun I played them all. Back then they may have lacked 3D graphics but they provided hours of entertainment. Space Arcade harkens back to those simper times with its retro space shooting concept. Similar to Asteroids, your goal is to manipulate the ship across the playing field to aim and fire upon the asteroids hurtling towards you to clear a path to the plane.

While on paper you would think this would be easier said than done, but playing is another story. There are two modes of play, the regular levels and survival mode. Suffice it to say survival mode is just as it sounds. You spend your time being bombarded by asteroids that appear all around you. Being able to control your spacecraft is also not a difficult task. You simply tap and hold to shoot and drag your finger around the screen to change firing positions.

There are various power ups to earn along the way all in your quest to defend your life from UFO's. A quick tap on another area of the screen allows you to move your ship to that area of the board to collect them or move out of the way of obstacles.

Classic with a modern twist, I do like the updated graphics and how it runs flawlessly on my BlackBerry Z30. Space arcade is free to download, though it does come with advertisements, in BlackBerry World and offers a small file size.

As with those games of my youth, this one is quite addicting as you try to blast all of the targets in your way without getting destroyed in the process. For those who remember when video games were simple and fun this is definitely fro you. Also, it is the definition of the perfect time waster or when a few moments of escape is needed during the day. The graphics stands out, the touch screen controls are fluid and quick, and I admit, I cannot put it down.