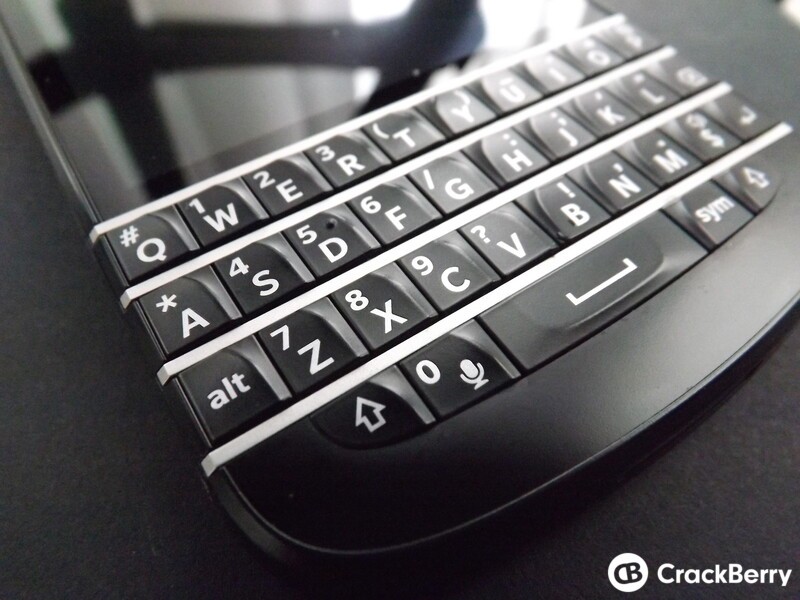 Our second slice of news out of South Africa today and this one is the perfect example of why certain people are BlackBerry users.

If you're going to write books using a smartphone it makes sense to be a BlackBerry user. Although the majority of phones on the market these days are sporting a touchscreen keyboard you can't beat a good old hardware one on a BlackBerry for productivity.

This has been proven by Brett Restall - a South African who has been using his BlackBerry to write novels with. As you'll see from the press release below, Brett has been doing this since he picked up the BlackBerry Curve 8520. Now he's a BlackBerry 10 user and rocking the Q10 - a wise choice.

Thanks to the iconic keyboard experience and the amazing battery life, Restall could work on his novel – a fantasy saga called The Shadow Axe: A Trilogy - whenever he had a few moments spare. Whether he was standing in a queue or waiting for an appointment, he put the time to use writing or editing. "Without my BlackBerry device, I would never have attempted to write the book," commented Restall.

He carved out the story a few pages at a time until he had something that resembled a novel. When his wife suggested that he try to get it published, he placed 50 pages on The Publisher's Desk – a portal that brings publishers and authors together. Here, it attracted the attention of Swedish publisher Elementá, which snapped up the rights for the book. Since then, the book has gone on to receive great acclaim from readers around the world.

Restall has remained loyal to the BlackBerry brand since then – over the past six years, he has upgraded to a new BlackBerry smartphone model at regular intervals. Right now, Restall is spending every minute of downtime working on his next book on his BlackBerry® Q10 smartphone which combines the power of the BlackBerry® 10 platform with a large, re-engineered physical keyboard and stunning touchscreen display.

"BlackBerry 10 offers a unique mobile experience that maximises my productivity. Thanks to the keyboard that adapts to me, I can type faster and more accurately. It is a great fit for my needs," says Restall.