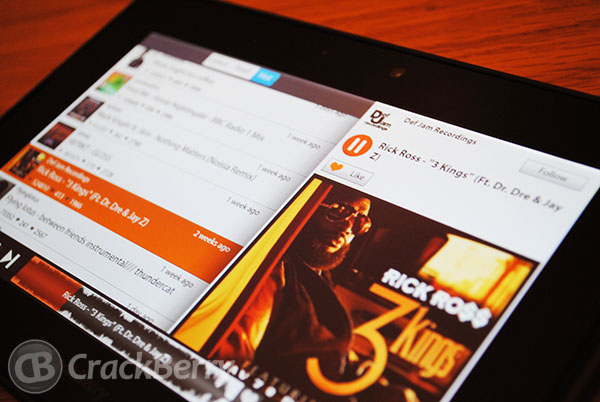 A while back now, we let you all know about the SoundNine Beta that allows access to SoundCloud on your BlackBerry PlayBook. Unfortunately, at the time we posted it RIM rolled out an update for the PlayBook and inadvertently broke the login procedures used within the app itself. In that time, a new version has been released which corrects the login issues and also works with the latest BlackBerry PlayBook OS 2.1 update. In addition to all of that, it also adds some new features over the previous version:

If you had issues with the previous build, go ahead and give this one a go. If you're new to the app and enjoy persuing SoundCloud, this is a perfect way to do so on your BlackBerry PlayBook. Hit the link below to grab SoundNine.