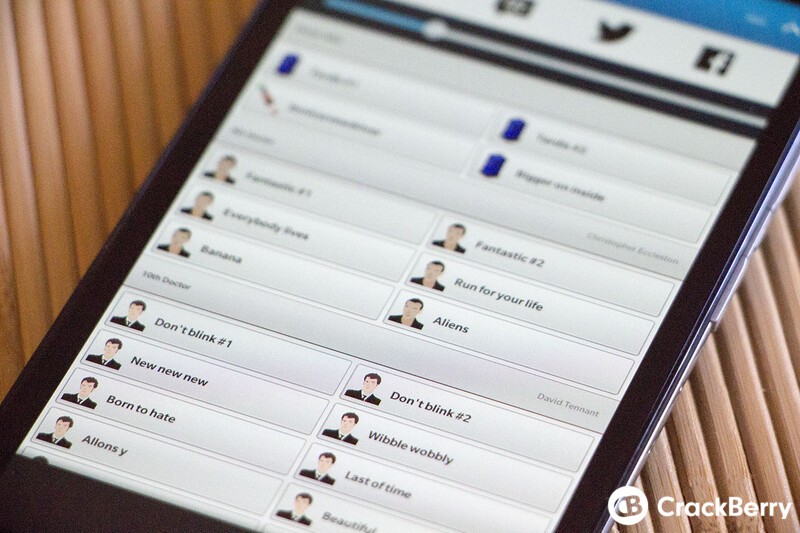 I won't spend too much time talking about it because, afterall, it is just a soundboard but it's a fun little app to have kicking around if you're a Doctor Who fan. The sounds used are pretty high quality and among them you'll find David Tennant, Matt Smith, plenty of the TARDIS and even K9 can be found in the app.

Sadly, you can't use the sounds as ringtones or anything like that but if you're wanting to exterminate someone on a rough day or delete the from existence in true cyberman fashion, it'll do the trick. Soundboard for Doctor Who is a free app and available for all BlackBerry 10 smartphones.