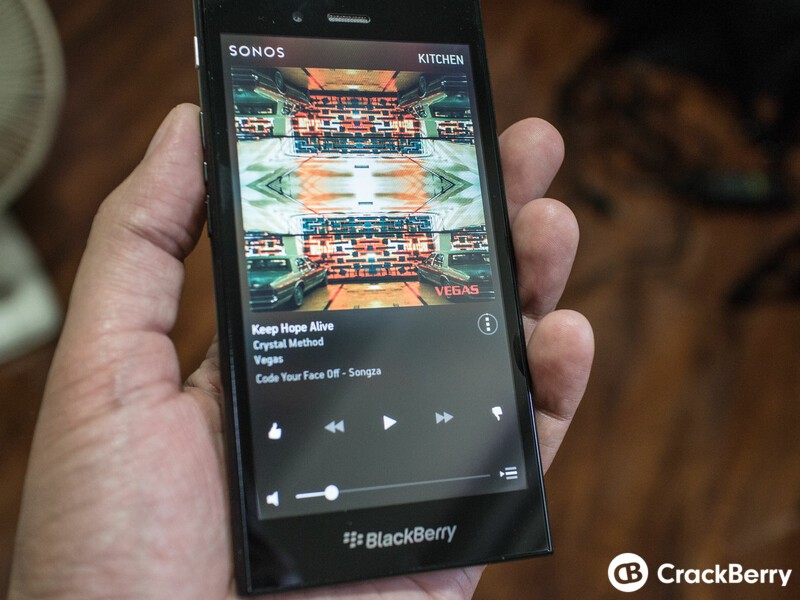 The good folks at Sonos have yet to issue an official app for BlackBerry 10, and sadly the Android app throws connection issues as soon as it starts up. Thankfully there are some third-party options, but they still leave out some of the newer features (and cost money). Today I came across this thread in the Connectedly forums however, where one user stated that the latest version of the Android Sonos app was working on the BlackBerry Z30. I haven't had too much luck in the past getting the official Sonos app to work at all across any of my BlackBerry 10 devices, so I didn't have much hope.

With fingers crossed and Sonos on my mind, I loaded up the latest official version of the Sonos app on my BlackBerry Z3 and much to my surprise (seriously, I didn't think it would work at all) it connected straight away and I was up and running in no time — that's the good news. The bad news is that it doesn't seem like it's working for everyone. Kevin tried loading the exact same version on his Z30 with no luck, getting the same connection issue as before. So it unfortunately doesn't look like this will work for everyone. It could be any number of issues as well — device, OS version, Android version, your Sonos setup, router, modem — you name it.

So if you're a Sonos user and also have a BlackBerry 10 device, give the latest Sonos app a shot and let us know if it's working for you. If you do get it running, hit up the comments and tell us your setup and maybe we can get a better idea of what's going on. And Sonos, if you're listening — this version is super close to working on BlackBerry 10 — so make it official!!