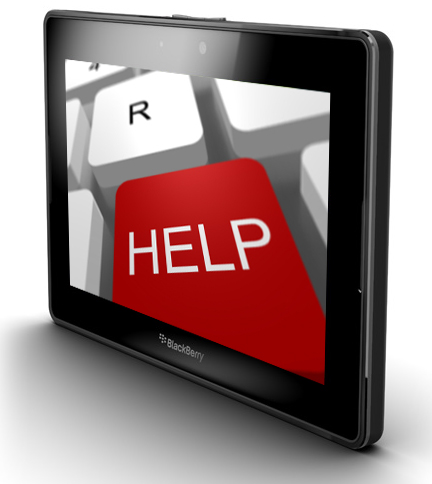 Just got your hands on a shiny new BlackBerry PlayBook due to the recent drop in price, but now you are left wondering where to begin with it? Anytime you get a new device it is always fun to play around with it, and try to learn things on your own, but with everyone being so busy, and little time left in the day to learn all this own your own we wanted to help you out with some helpful hints, tips, and tricks to make your experience even better.

A great first place to start to learn all about that shiny new PlayBook you bought would be with Kevin's novel of a review. In this review he covers all sorts of information about how it works, shares his thoughts, and gives a really good understanding of the device, so you won't want to miss out.

Let's take a look at how to get you started, from the basic first time set up, all the way to video chatting with your friends.


And in case you were looking for something a little more advanced, be sure to check these out.

Now, if you have been following the BlackBerry PlayBook saga at all, you know that RIM has officially pushed OS 2 back until Feb 2012, but that doesn't mean you can't get a taste of it today. Check below for some helpful hints and tricks for the PlayBook OS 2 beta, and be sure to check out our hands-on.

How to get OS 2 right now!
How to create application folders
Lost everything after wiping the device? Here's your fix
From the new Editor's Desk