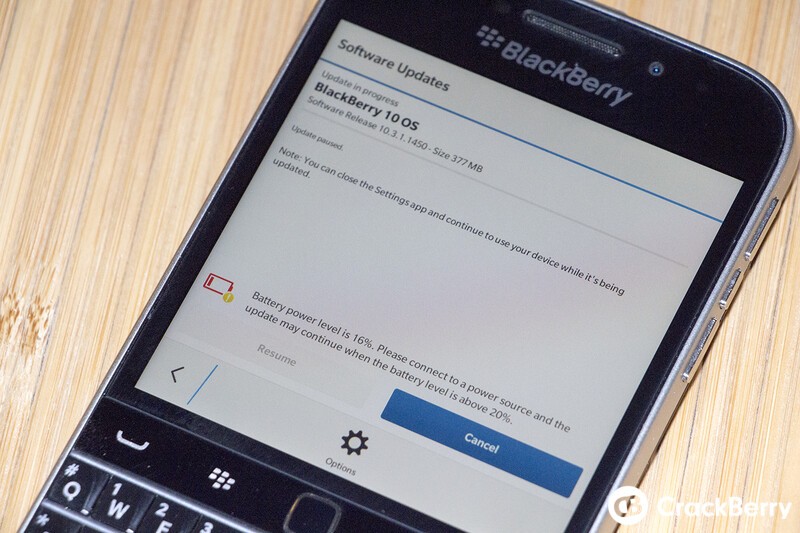 While a lot of folks are sitting around waiting to see if the rumors of a January 27th roll out of BlackBerry OS 10.3.1 is going to happen on a grand scale (it's not), it seems at least something is happening. Earlier it was noticed that the previously leaked OS 10.3.1.2072 (SW 10.3.1.1450) was appearing on BlackBerry servers and now, it has seemingly been pushed out in some official capacity on Rogers for BlackBerry Classic owners.

Checking software updates has led some folks to find the OS sitting there, waiting to be downloaded and installed. I'm hesitant to say it's meant to be there simply because it's not appearing for everyone as of yet, but it's most certainly appearing for some. Remember when AT&T seemingly pushed an update and then it just disappeared after that? Could be another one of those cases. If you're a Classic owner on Rogers, have a look and see if you have the update showing and let us know in the comments either way.