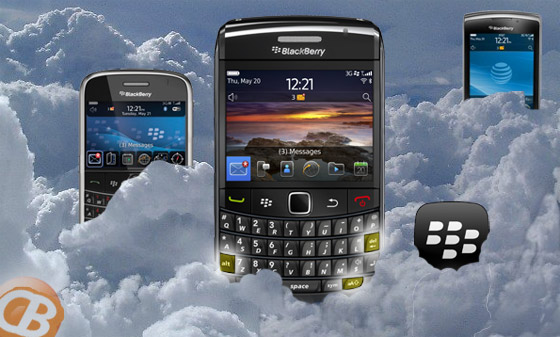 The other day, I was helping one of my friends get better acquainted with his new BlackBerry Torch. He's no stranger to BlackBerry, he had one before I did. In fact, if you go back and look at my CrackBerry Idol audition, he's the one with the 8820 who told me to get a BlackBerry.  Without that bit of advice, I never would have joined the CrackBerry Team. The other day, he asked me to show him how to restart his smartphone without pulling the battery. Needless to say, I forgot to show him how before I headed home; but that got me thinking. He's probably not the only one wondering how to do this; so B (and everyone else), this post is for you.

Incidentally, a "soft" reset is not a kinder, gentler way to restart your BlackBerry. Soft, in this case, means the device is reset by the SOFTware. A "hard" reset involves pulling the battery, a HARDware reset. To accomplish this soft reset, you'll hold three keys down all at the same time. On your keyboard, press and hold the ALT key, press and hold the right SHIFT key, and press DEL. In my mind, this is almost the same as pressing Control-Alt-Delete to restart a Windows PC (at least it once did).  Unfortunately for Storm and Pearl users, this soft reset is only possible on devices with QWERTY keyboards.

Though the reset starts immediately; at first, it won't appear that anything has happened. Don't worry, it has. The screen freezes and you won't be able to use the device (because it's resetting). After a moment, the screen will go blank and that comforting red LED will turn on letting you know that screen won't be blank for long. After a few moments, you'll be back in business with a refreshed BlackBerry, and you didn't even have to touch the battery.