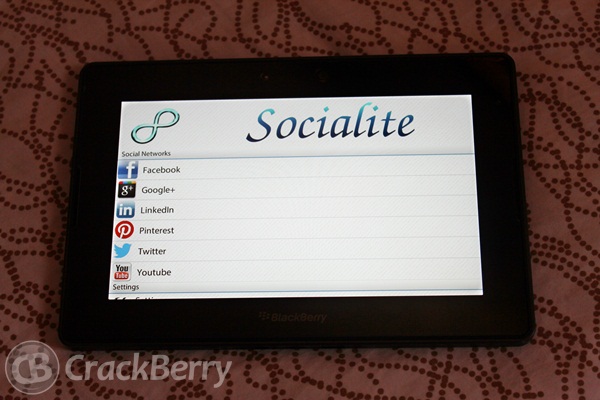 I am an avid fan of apps that serve more than one purpose. Space is a valuable commodity on my BlackBerry PlayBook since I cheaped out and only got a 16gb. When I come across apps that allow me to get rid of two or more other apps on my device, I jump at the chance to try them. Socialite could quite possibly be a dream come true for people like me.

My only complaint/issue with Socialite is this. Some apps that don’t have navigation controls make it so you have to entirely close Socialite in order to select a different app. I have spoken with the developer and if rumors are true, he’ll be able to fix that issue with an update to the BB10 SDK or with some extensions that are being worked on.