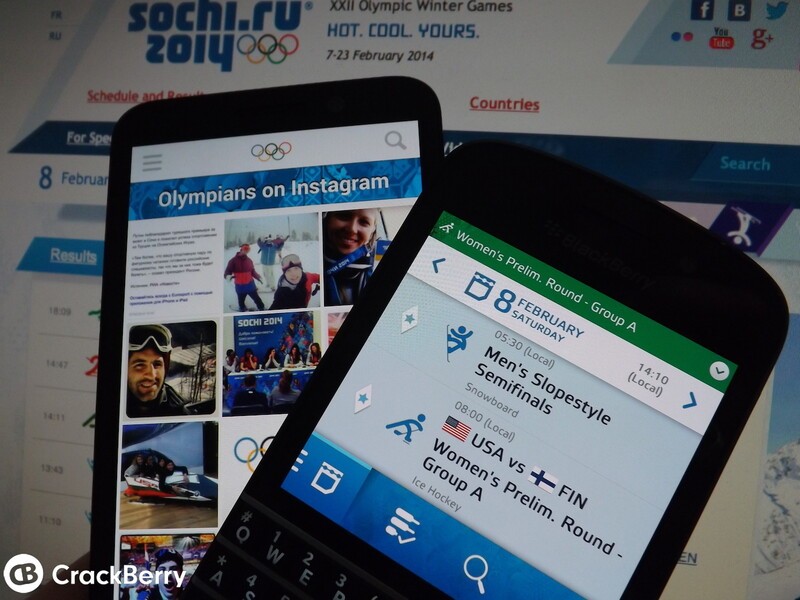 With the Winter Olympic games now underway in Sochi we thought it was worth bringing you a quick list of options if you fancy keeping up to date with what's happening with the news and medal rankings. We've already featured the native BlackBerry 10 app Sochi 2014 which in my opinion is the number one option for BlackBerry users. It's a totally full-featured app with everything you need, but if you want to explore other options you can certainly do so.

There are a few other Android apps which you can now download easily if you are running BlackBerry 10.2.1. My preferred way to do this is via the Snap app, which if you don't have yet you can find our instructions to get it here.

If you don't want to be diving into apps to see the latest news there is another option which I recently discovered - and that's an awesome BBM Channel. Seeing as the majority of us BlackBerry users are in and out of BBM all day long it makes sense to subscribe to the Olympic Games channel and see the news in your feed. If this sounds like your way of doing things hit up C0037DD89 and view what's going on, along with your BBM contact status updates.

We've seen the Sochi BlackBerry 10 app updated this weekend with live results and for me this is the app I would recommend - just because you're getting the whole BlackBerry 10 experience.

When it comes to Android apps there are a couple you may favor. The first is Sochi 2014 WOW from Samsung. The South Korean company are a major sponsor of the games so it makes sense for them to have an app - although it does have a rather annoying banner advert at the base of the display. You can add your favorite countries, athletes and sports to help you get quick access to what's of interest to you and loud and proud at the top of the display are the medals rankings.

Next up is the Android Athletes Olympic Hub app where you get instant access to the social feeds of the athletes that are taking part in the games. Instagram, Twitter and Facebook are all thrown into the mix so if you are keen to check out photos that the stars of the games are uploading this is the perfect place to get in on the action. If you're really into the Winter Olympics and follow certain athletes on the various social networks this is the perfect place to have it all rolled into one stream.

In terms of BlackBerry 10 devices I have to say that if you are using the Q10 or Q5 you'll probably want to stick to the native BlackBerry 10 Sochi app as the Android ones are designed with a big screen in mind. Or just subscribe to the BBM Channel like I've done, as although I'm interested to see how well Team GB are doing I'm not fanatical enough to really want to use an app on a regular basis.

Whichever option you prefer there should be something for everyone here. Let the games commence!