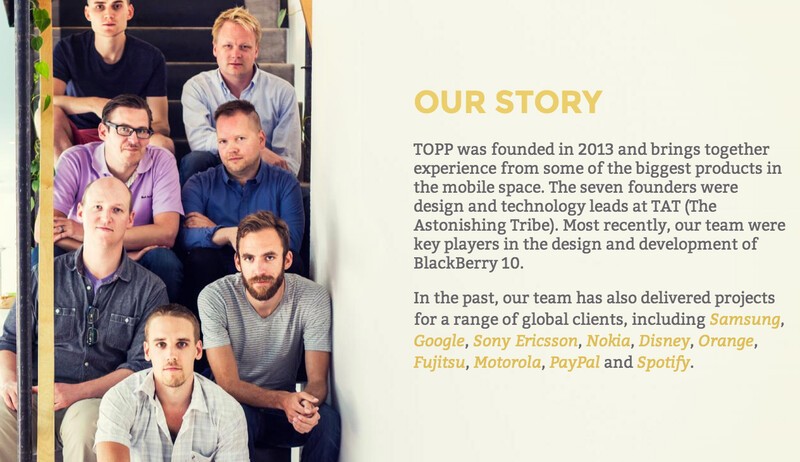 When companies acquire other companies, it's usually for one or more of a few reasons, including: to grow market share (and take out a competitor a long the way), to acquire technology and/or to acquire talent.

Nearly three years ago, BlackBerry (RIM at the time) acquired a company out of Sweden that the tech world knew as The Astonishing Tribe, or TAT. Now known within BlackBerry as "BlackBerry Sweden," TAT was all about innovative design in UI and UX. In this case, BlackBerry acquired both technology and talent in TAT. On the tech side of things, TAT's Cascades framework and tools were integrated into BlackBerry's SDK to help developers build apps.

On the talent front, the TAT team showed off some awesome concepts over the last few years that quickly turned CrackBerry Nation into big fans of the TAT team, even if many of those creative concepts never did make it into our hands (at least yet). This team also played a huge roll in the design of BlackBerry 10.

We're not sure just how many team members maxed out TAT in total and how many have left since the BlackBerry acquisition, but it sure seems like TOPP is trying to rebuild that early TAT magic, with many of the same people. You can catch the TOPP highlight reel below (which includes BlackBerry 10 in their portfolio), and visit toppstudio.com for more info.