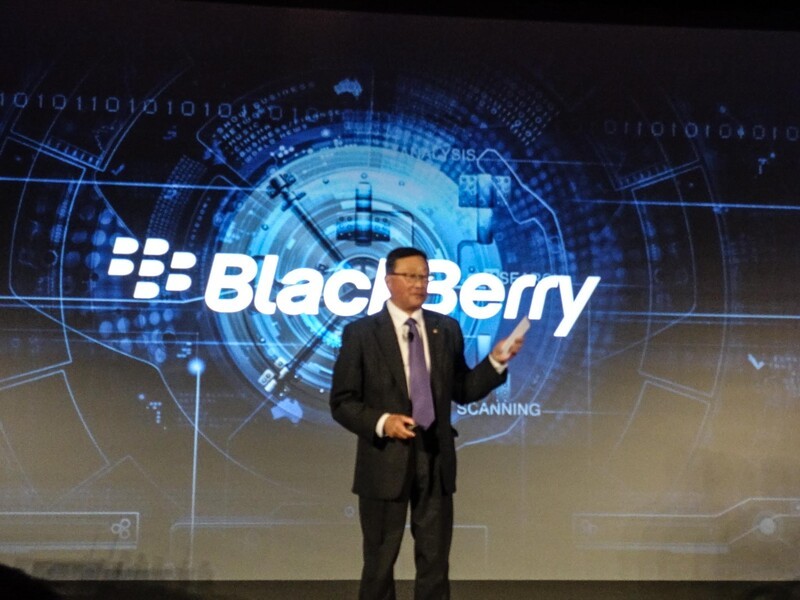 Since bringing CrackBerry Kevin out of retirement to celebrate 10 Years of CrackBerry and cover the hell out of the launch of the new BlackBerry "Mercury", I've quickly reverted to my old CBK habits. One of those habits is that nearly every conversation I have is in one way, shape or form related to BlackBerry.

As I mentioned in a recent editorial, the BlackBerry story is more complicated these days than it used to be. When it comes up in conversation, I explain that BlackBerry is now a Software company and that thanks to a partnership/licensing deal, we now have BlackBerry Mobile running the BlackBerry phones business (for most markets around the globe), including the launch of the new Android-powered Mercury.

How do you explain the New BlackBerry?

Honestly, it's not an easy question to provide a concise and satisfying answer to. To say BlackBerry is a Software company never seems to satisfy inquisitive minds. Then I go into more detail reiterating the bullet points that BlackBerry CEO John Chen highlighted to us in his recent Letter to the CrackBerry Community - that BlackBerry is securing the Enterprise of Things as it relates to Connected Cars and Enterprise Mobility Management. And I, of course, add that BlackBerry is still supporting the Android OS and apps that go into the BlackBerry Mobile phones and is working to make sure Android is locked down and secure.

Then comes the slightly agitated follow-up questions... "Ok, I get that, but what does BlackBerry SELL? How are they making money? What do they charge?" And then the conversation goes a little weird because clearly, I don't have the smart answers anymore.

So today, I visited the BlackBerry website to try and figure out everything that BlackBerry sells and what it costs. Wow. It is a different BlackBerry. While you can still find some BlackBerry 10 phones and support on the site, it is an enterprise software story now. There's a lot of info, about a lot of services. You can view webinars and infographics and data sheets, download free trials, find per user pricing on some products (like the Enterprise Mobility Suite), and eventually, you get funneled into sales forms you need to fill out so that a BlackBerry Sales Representative can get back to you.

It's a bit of a maze, and there is a lot of STUFF. This is probably not even a complete list, but just jotting down everything for my sanity, here's what currently makes up the new BlackBerry:

Long list, right?! It's clear that BlackBerry as a software company has their hands in a lot of STUFF. After spending some quality time learning more about the "New BlackBerry's" software and service offerings, I do feel more informed. That said, I'm still struggling to find that concise elevator pitch for explaining to "normal people" what the "New BlackBerry" does and sells in a sentence or two.

If you have any suggestions, I'm all ears.