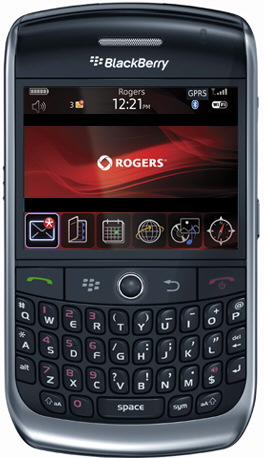 Clarifications/Confusion: Since posting this story I've spent the better part of the day trying to figure out the full details behind it, and I'm no further ahead - it seems to be a case of the left hand not talking to the right. On one hand, people have confirmed the 8900 appeared on Sales Central - photos of it have been taken on the computer screens as being available and people have called in and actually ordered the 8900 on upgrade and been told it'll ship in 3 - 5 days. On the other hand, sources have also said the 8900's OS has yet to be certified and that no official release date has been set (others are still saying it won't hit the street till January which is what posted a while back - though hoped it would hit sooner). Contacting Rogers for clarification didn't help as they can't speak about devices that have not been officially announced. The takeaway? Don't start harassing your local Rogers dealer for an 8900 just yet. Though it seemed today that the 8900 "soft launched" so to speak, until we get further word I'd just hold tight and be excited for it... at least until we hear the people who ordered today start taking delivery of shiny new devices.  Confused by all this? Me too. It's after 5pm on Friday. Time for a drink :-)

We knew it was coming, but for the most part though it would be another week or two at the least before you could order the BlackBerry Curve 8900 from Rogers. Turns out the device is now showing on Rogers' Sales Central system and if you call in you call you can order the device! Some details from BGR:

Soon Canadians will be able to exchange a cool $179.99 and 3-years of their life (with voice and data) to have the latest UMA-enabled BlackBerry. We've been told that those who don't want a 3-year commitment will be able to get the 8900 for $499.99 on 2-year with voice and data and $549 month-to-month. Other than that we know jack all because there has yet to be a press release nor has there been any internal communication to management or employees.

Looks like I have one more item to put on the list of Christmas presents to buy myself! And yes.. that's just a hacked up Bold wallpaper on the image above :-)