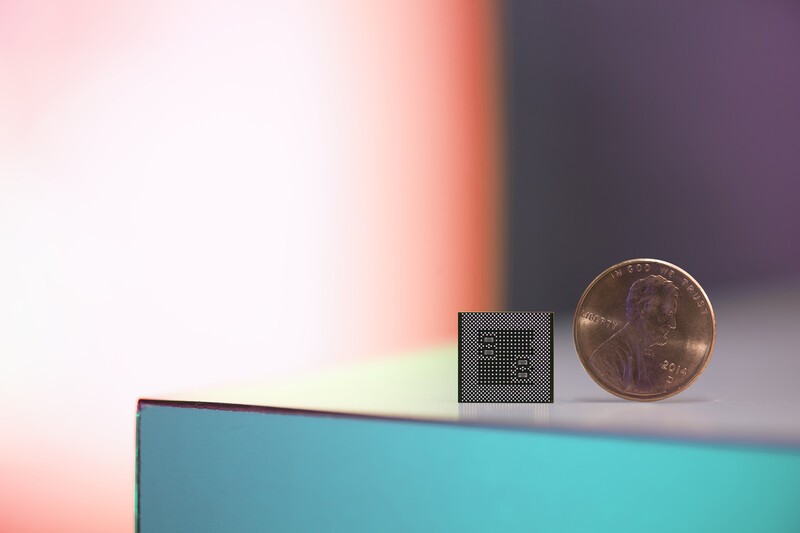 Qualcomm offered up a quick look at the Snapdragon 835 back in November, announcing that it would be the company's first SoC to be built on a 10nm node. At CES, we're getting a detailed look at what's on offer with this year's high-end SoC.

The shift to 10nm means that the overall size of the Snapdragon 835 is 30% smaller than that of the Snapdragon 820, and the node shift brings improvements in energy efficiency to the tune of 40%. Qualcomm is also touting a performance increase of 27% over the previous generation. The smaller design allows handset vendors to build phones with larger batteries or devices with thinner profiles.

In other words, it's a big deal.

The Snapdragon 835 features an octa-core semi-custom CPU design, with four brand-new Kryo 280 performance cores clocked at 2.45GHz and four energy-efficient cores at 1.9GHz. The SoC will rely on the energy-efficient cluster for over 80% of the time, with the 2.45GHz cores activated for intensive use cases like VR gaming. The SoC is also compatible with LPDDR4X memory.

On the GPU side, the Snapdragon 835 comes with the Adreno 540 with support for OpenGL ES 3.2, OpenCL 2.0, Vulkan, and DirectX 12. The latter is interesting as the Snapdragon 835 is the first SoC to power the initial batch of Windows 10 devices powered by ARM.

The Snapdragon 835 is also the first SoC to offer Quick Charge 4.0. QC 4.0 supports USB-C and USB-PD (Power Delivery), and boasts 20% faster charging and up to 30% higher efficiency when compared to QC 3.0.

Battery life is one of the tentpole features of the Snapdragon 835, with more than seven hours of 4K video streaming.

On the connectivity side of things, there's the Snapdragon X16 LTE modem, which enables Category 16 LTE download speeds that go up to one gigabit per second. For uploads, there's a Category 13 modem that lets you upload at 150MB/sec. For Wi-Fi, Qualcomm is offering an integrated 2x2 802.11ac Wave-2 solution along with an 802.11ad multi-gigabit Wi-Fi module that tops out at 4.6Gb/sec. The 835 will consume up to 60% less power while on Wi-Fi.

The Snapdragon 835 will offer Bluetooth 5, with the SoC being the first commercial product to be certified for the new standard.

The Bluetooth 5 spec was finalized last month, with the standard set to offer double the bandwidth, four times the range, and eight times the message capacity of Bluetooth 4.2. The Snapdragon 835 will offer Bluetooth 5, with the SoC being the first commercial product to be certified for the new standard.

Overall, the Snapdragon 835 marks a significant upgrade for Qualcomm. The SoC is slated to make its way into devices in the first half of 2017!