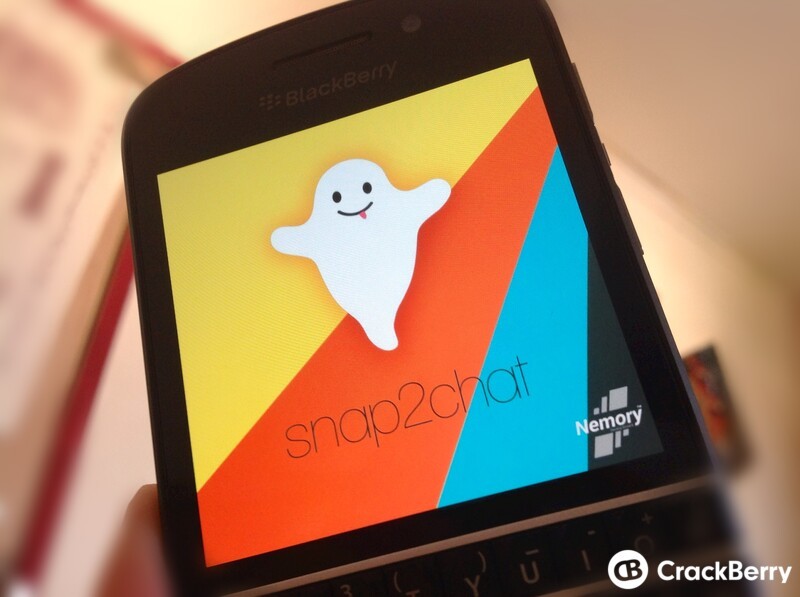 Snap2Chat was developed as a third party native app for BlackBerry 10 users who wanted to see Snapchat on their favorite platform. It had been available in the CrackBerry Forums, since December 2013, in beta forum for people to download and test. It started small but eventually the developer added lots of cool features and extras not found in the official Snapchat app. And of course, continually ironed out the bugs. It was then ready for prime time and submitted to BlackBerry World, however, it didn't get approved. We then saw a petition to try to help get the app approved. Eventually, hope faded that it would ever be available in BlackBerry World, though the developer continued to have it available to download via the forums.

With a little help from different sources, Snap2Chat finally got BlackBerry World approval and is now available to download. Awesome news for those who use Snapchat. I have to admit, I never gave Snapchat a second look until Snap2Chat was developed. While it's not something I use often, it's a little bit of fun sometimes and props to the developer for bringing the app to BlackBerry 10. It may not be an app for everyone but at least we have an app for that.

For those who don't know what Snapchat is all about, it's a social photo messaging app that allows you to send pictures or videos or 'Snaps' to other Snapchat users. You can set a time on how long they recipient can see the photo for and I'm talking in seconds. You can add text or doodles to these 'Snaps' before sending them too.

As well as those features, Snap2Chat has extra features beyond those of the regular Snapchat app

Snap2Chat is available for all BlackBerry 10 devices. It will be available for an introductory price of $0.99 for the first three days, afterwhich the regular price will be $1.99. There will be a free version available within the next week too. Of course, that will have less features. We'll keep you posted on when that becomes available. In the meantime, you can head on over to the Snap2Chat forum thread for more information.

As usual, if you're not seeing it straight away, please give it time to cache through the BlackBerry World servers.