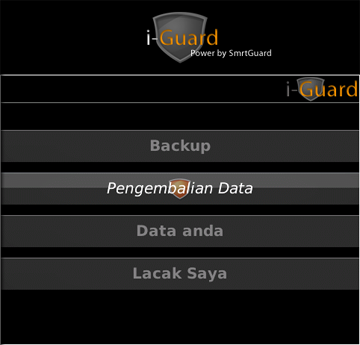 We here at CrackBerry have been following SmrtGuard ever since it was in beta form many months ago. While at WES we were in attendence with the makers of SmrtGuard as they signed a deal with Indosat, Indonesia's largest BlackBerry device wireless carrier to white label SmrtGuard and make it available to all of their customers.

The day has finally come and now i-Guard (SmrtGuard) has indeed been released to Indonesian customers for their devices. This is a great time for SmrtGuard as it shows you can go from a beta application, improve upon it as you grow and end up in a great position with carriers and users.

Aside from the Indonesian launch, SmrtGuard has also released version 2.01 to everyone which add's some long requested features and services:

Be sure to download the latest update to get all the new features and if you are also a fan of Android devices, you might want to get in the Android beta version that has been released a long side the BlackBerry version. Big congrats go out to the SmrtGuard team on their continued success!
NEVER GONNA GIVE YOU UP NEVER GONNA LET YOU DOWN